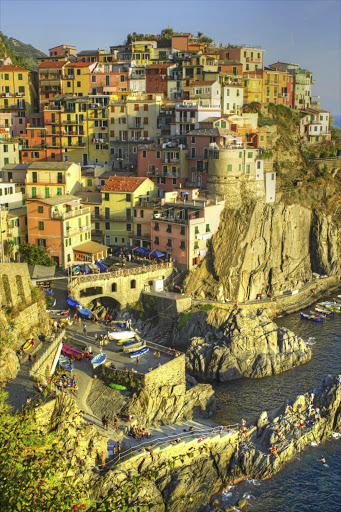 The Cinque Terre on the Italian Riviera sold tickets last year in a bid to cut down on visitor numbers. Now the government has a new plan to lure tourists elsewhere.
Image: iSTOCK

A piece of Italian history can be yours - if you promise to do your bit for tourism, writes Elizabeth Sleith

If you've always wanted to own a castle in the Italian countryside, or maybe an old monastery or rambling farmhouse, now's your chance.

The Italian government is giving away more than 100 properties for nothing - kind of. Of course, there is a tiny catch.

The lucky recipients will have to commit to fixing them up and turning them into tourist facilities, such as hotels, restaurants or spas.

The initiative is part of a drive to quell the tide of tourists in the country's most overcrowded cities - such as Venice and Rome - and boost business in more remote, rural areas.

According to The Local, 103 properties are up for grabs, dotted all over the country.

The State Property Agency and Ministry of Cultural Heritage announced the project as part of Italy's Strategic Tourist Plan.

Spokesperson Roberto Reggi told the paper, "The project will promote and support the development of the slow tourism sector.

"The goal is for private and public buildings which are no longer used to be transformed into facilities for pilgrims, hikers, tourists, and cyclists."

The Local reports that 44 of the sites are situated along historic or religious walking routes, the remaining 59 along cycle paths.

In order to get one, applicants need to provide plans as to how they'll restore and convert the buildings into tourist facilities.

Those who are awarded properties will receive leases of between nine and 50 years, with the option to renew down the line.

Over-crowded tourist areas have been an issue in Italy for some time now.

In February last year, the government instituted a ticketing system for tourists to its Cinque Terre UN World Heritage park in a bid to slash visitor numbers.

That was after a record 2.5 million tourists poured in - many of them from cruise ships - putting a strain on its tiny fishing villages.

Likewise, in Venice, protesters tried to block cruise ships from entering port last September, as they demonstrated against the estimated 30,000 cruise-ship passengers who descend on the city every day, saying they are destroying the city both environmentally and culturally.

The tourism site lifeinitaly.com describes the 13th-century Castello di Montefiore thus: "It stands on a high mountain, providing beautiful views of the town as well as the surrounding regions. The castle was built in 1337 on the ruins of an ancient castle. In recent years, extensive restoration works have been carried out."

The site later adds, however, "Montefiore Conca is quite a small town and there are few hotels." So hint, hint then.

After the initial 100 properties this year, a further 200 are to be offered over the next two years. Full details can be found on agenziademanio.it, the State Property Agency's website.

And if you don't speak Italian, you're probably not eligible anyway.