Free-wheeling fun on a bicycle tour through Soweto

Mila de Villiers saddles up and visits some of the township's most iconic sights, including Nelson Mandela's house and the Hector Pieterson Memorial 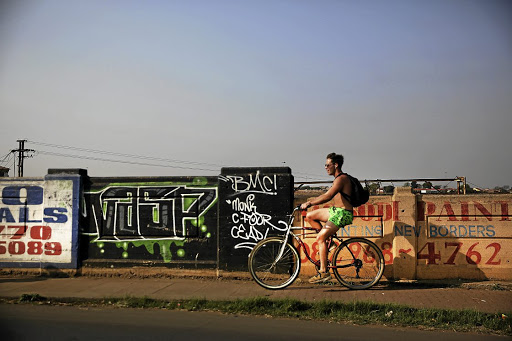 A minibus taxi blaring kwaito whizzes by. Somewhere someone is preparing curry. A herd of goats are chowing on a combo of grass and rubbish (they're not fussy) as we cycle past. School kids yell "hellos".

The Orlando Towers are faintly visible through a haze of smog. I'm hot. I'm filthy. My brake hand is cramping. Yet I'm having the jol of a lifetime.

For those keen to experience one of SA's most vibrant and historically rich cities, head to Lebo's Soweto Backpackers, sign your indemnity form and spend two hours (or four or half a day) exploring Soweto by bicycle. 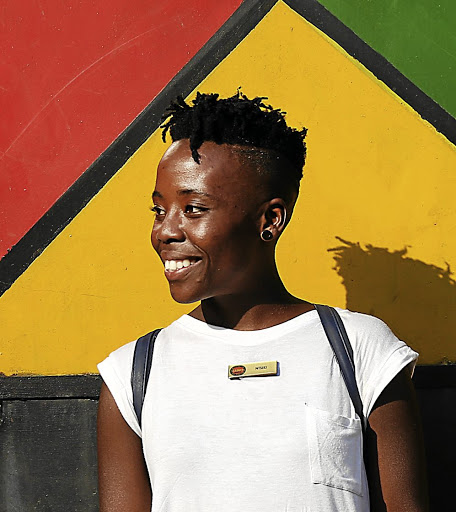 For starters, our guide, Ziintsikelelo Nconjana (relax, you can call her Ziintsi), gave our group of six a few minutes to pick a bike (any bike!) from the vast selection.

There were TIAs ("This Is Africa" bikes, because you never know what might happen once you mount them); tandems; and the usual familiar kind.

Colleagues Elizabeth Sleith, Alon Skuy and I would be doing the tour with four French tourists - a dad with his two 20-something sons, and their friend - plus another Lebo's employee, Clifford Mogoedi.

Our first mission was to make it up the "test hill". Ziintsi said if we could do that, the rest of the day would be "a piece of cake". We did and stopped at the top for a view of Orlando Stadium, Orlando Towers, Kliptown and a flat-topped, ochre-coloured mine dump.

For Sowetans, this ridge has many sobriquets including "Table Mountain" and the less humorous, though probably more apt, given the area's history, Berlin Wall.

Soccer and Soweto are synonymous, so it came as no surprise when Ziintsi said kids here learn to kick balls before they even walk.

Why you should be a tourist in your own town

Exploring on his bike and with his camera, Tembisa local Lungile Sojini feels like a tourist all the time Earlier last year I bought a bicycle. In ...
Lifestyle
4 years ago

The colourful Orlando Towers, once part of the now-closed coal-fired power station, are a bungee-jumping hotspot. Our guide hasn't taken the leap though. As she jokes, "White people can't dance and black people can't fly."

As for Soweto's reputation for danger, she spoke about ubuntu, insisting that the cross-generational and deeply embedded belief in community keeps everyone safe. In other words, your neighbour's got your back, Jack.

Before we set out for the area of Mzimhlophe, where single-sex hostels housed migrant miners in the '80s, she warned us we were about to witness "the legacy of apartheid".

The short cycle there led us down dirt roads, past red-brick houses, gogos with stalletjies and cheerful children.

Unlike Orlando West, home to Lebo's HQ, Mzimhlophe looks more like that clichéd media image of a township: the uneven roads are a murky mix of liquid and dirt, you might have to dodge a dead rat or two, and some corners are piled high with litter. But we were constantly greeted with waves and cries of "Sanibonani!" from passers by.

Many of the kids, walking home from school, started pointing, laughing and calling out something. "They're yelling, 'He's naked'," Ziintsi said, gesturing at our French friend, who had dispensed with his shirt at the first stop.

He responded with a (trés Français) casual shrug and a smile: "It's hot."

Ziintsi had to talk over some kwaito blaring from a parked minibus as we stopped on a corner to hear about this 'hood. What followed was a concise, riveting narrative of the history of apartheid-era Soweto.

She talked about Codesa, the rising hostilities between IFP and ANC supporters and the ensuing violence among Sowetans themselves.

Mzimhlophe still bears the scars of its history. Ziintsti mentioned the lack of services such as waste management, the shortage of amenities, and empty promises of places for people to live. They're still waiting. 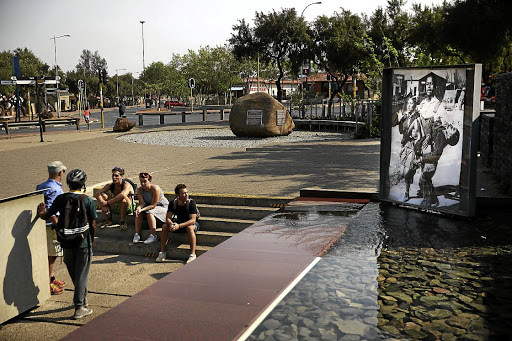 The tour group has a pensive moment at the Hector Pieterson Memorial.
Image: Alon Skuy

Next up, a thigh-burning ride in single file along one of the busier roads in Soweto to the Hector Pieterson Memorial.

As we got closer, the taxis thinned out and the vendors appeared - with trinkets and knicknacks. We leaned our bikes against a wall in the shade and headed onto the square.

Facing the iconic photo taken by Sam Nzima on that fateful day in June 1976, Ziintsi gave us a brief overview of Bantu Education, the Soweto Uprising, Hector Pieterson's death, and what Youth Day means to many now.

"I often ask myself what would they be doing, how they would be contributing to our democracy," she said of the school children who died that day.

Next stop: Vilakazi Street - the only street in the world to have been called home by two Nobel laureates, Nelson Mandela and Desmond Tutu.

Turns out, it isn't easy to manoeuvre past the groups of tourists, minibuses and vendors selling goods from T-shirts to sunglasses as you go speeding along, en route to Mandela's house.

He lived here at different times with both his first wife, Evelyn, and his second, Winnie, and his grandchildren's umbilical cords are buried under a tree in the garden. Look closely and you'll see bullet holes still visible outside the front door from raids on the house during his exile.

9 of South Africa's best cultural attractions - one for each province

It was nearing 3pm and every rider cheered when Ziintsi said we could all enjoy a drink once we were back at Lebo's.

But first, a final crazy uphill, and a break at the top to try Nik-Naks ("Very good," said the French).

The final downhill stretch back to Lebo's was a definite highlight: the semi-deserted roads we took meant we could just gooi. Many a "whoop!" was heard as we hared for the backpackers.

Bikes parked, there was one more thing to do. Ziintsi led us to a space in the outdoor restaurant with scatter cushions, and traditional Zulu-wear spread out on a blanket. We donned headbands and passed around a calabash containing sorghum beer - certainly an acquired taste (the French girl gagged). 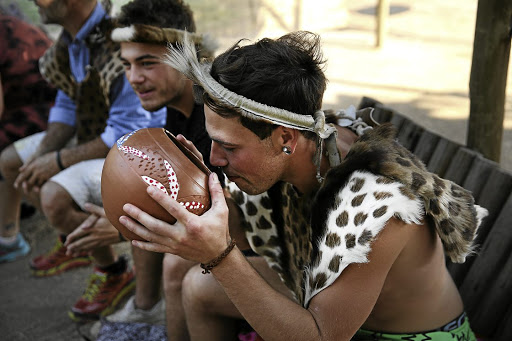 This traditional drink was followed by a smoothie-esque drink made of honey, banana and milk (no gagging this time).

Minutes later, we all made a more satisfied sound when we ordered our well deserved beers and I got to introduce my thirsty French compadres to Black Label.

Have you ever heard someone order a Zamalek in a French accent? Set out for Lebo's and you'll be in for a treat.

• De Villiers was a guest of Lebo's Soweto Backpackers.