Lucille Davie wanders around the ancient Roman town of Split, before embarking on an island-hopping adventure 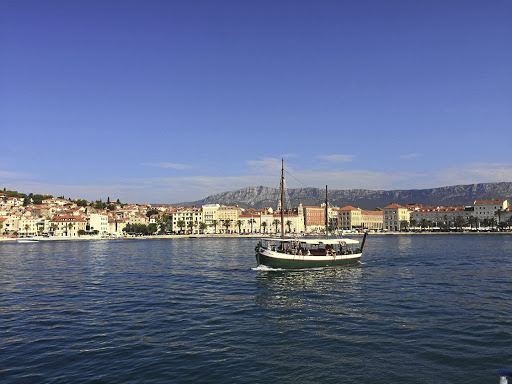 A typical Croatian sene as a small pleasure craft putt-putts its way across a calm sea. Croatia is a country of islands - there are 1,180 of them.
Image: John Barham

There's a saying in Split, Croatia, that goes like this: a fish needs to swim three times - in the sea, in olive oil while being cooked, and in wine in your stomach.

Back from a recent trip to the Roman town of Split, I didn't notice many fish in the sea around the harbours (the water is too salty close to shore), or too many fish choices on menus. But that didn't distract from a wonderful boat and bike trip around the islands off Split.

When I stepped aboard the 36-passenger boat, the bikes were stacked up on one end of the second deck. Once the boat had docked at the small, ancient harbours, the bikes were passed down to the quay, and the passengers hopped ashore, ready to take on the hills, harbour roads, and quiet country lanes, lined with vineyards and fields of olive trees.

Nothing screams 'holiday' like a stripy beach towel laid out on golden sand by the sea. Richard Holmes highlights some of the globe's best spots to ...
Lifestyle
3 years ago

But serious cyclists will be disappointed if they want to pump big distances: over seven days we cycled 165km. The second day was a tough 52km, with 31km of that a gradual uphill in blazing September heat.

But the other days were on average around 22km (e-bikes are also available). The charm of the harbour towns makes up for that though, with roadsides tumbling with oleander, plumbago and bougainvillea blossoms, set against small stone villas, ancient churches, pavement cafés and gracious squares.

This trip is for those who want to do some serious chilling, swim in the clear waters of the Adriatic Sea, wander cobble-stone-streeted towns, meet interesting people, or just lie on the upper deck taking in the sun, the sea and the mountain views. And yes, do some cycling. 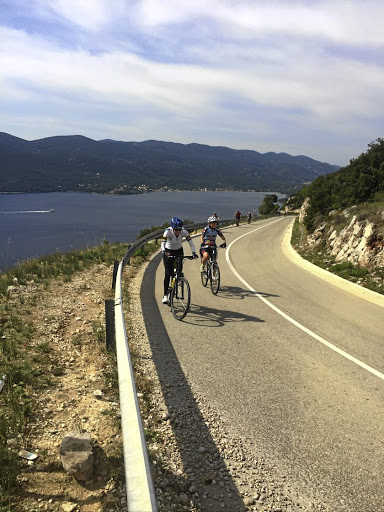 Cyclists tackle the 31km hill at Bol on the island of Brac.

I had had some apprehensions about the trip, my first to Europe on my own. Would I manage the currency (arithmetic not being my strong point)? Would I get along with the person with whom I was sharing a cabin, and how roomy would the cabin be? Would life on board be cramped? Would I be seasick?

I needn't have worried. Croatia is cheap to visit - R2,20 gets you 1 kuna. Although a member of the EU, it hasn't yet adopted the euro, so a decent meal costs 80 to 100 kuna, well below an average European meal. A beer on the boat costs 20 kuna.

I shared a cabin with an Australian and we got along well enough. The cabin, with two single beds, had sufficient move-about room, a compact shower and loo, and ample storage space under the bed. There are double-bed cabins too.

There was plenty of chill space on the boat, with three decks, so I had space to myself to sit and enjoy the gentle motion of the boat moving through the water, with no seasickness (the sea was calm between the islands). The captain even let me hang out with him on the small bridge, at one time leaving me to steer while he dashed off on a chore.

We soon settled into the routine. Two meals are provided on the boat - breakfast and a three-course lunch. We hit the road after breakfast and were usually back by lunch time, ready for a cold beer from the cash bar. Wifi is provided, so everyone catches up with the world after a swim.

The cruise started at the Roman town of Split, the second-largest city in Croatia with a population of 150,000, sprawling around the walled palace.

Mostar's famed bridge is a triumph of hope over hate

In the heart of this once war-ravaged town in Bosnia and Herzegovina stands a beautiful symbol of reconciliation, writes Heidi Davies
Lifestyle
3 years ago

Over seven days, it travelled to six towns on five islands off the coast of Split: Milna and Bol on Brac island, Stari Grad on Hvar island, Korcula and Mljet islands, and a town on the mainland south of Split, Makarska. We then sailed back to Split, and spent the night on the boat before disembarking the next day. Croatia has over 1,180 islands - a patch of land in the sea is considered an island if it measures 12 metres square.

While most of us don't build a palace for our retirement, Split was Roman Emperor Diocletian's site of choice for his retirement palace. He was in a class of his own from the run-of-the-mill Roman emperors. Born in Croatia in 244AD to low-ranking parents, he became emperor in 284AD, and ruled for 21 years before abdicating in 305AD, and ended his days at his expansive palace on the shores of Split, where he died in 311AD.

He reformed the Roman empire, taking it from near ruin to a stable state in his first year of rule. He recognised the importance of the economy as well as the military. He strengthened the forts along the empire's borders, and increased the number of soldiers to man those forts. 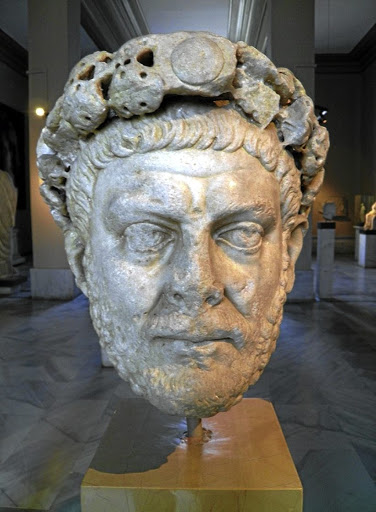 He reformed the tax system to pay for this, and created one currency. He slowed inflation by fixing prices for common items.

But perhaps his most significant reform was to share power. He formed a tetrarchy, dividing his empire among three others, to discourage assassination or rebellion. He created a junior emperor at first, then added two more, dividing the empire into east and west under their rule. Each emperor controlled external and domestic threats, and stabilised the empire.

His failing health forced him to step down, and without his leadership, the tetrarchy collapsed, with new emperors fighting for control. Diocletian was asked to return, but he refused.

The palace is now a Unesco World Heritage Site. It is one of the world's most impressive Roman monuments, being largely intact. It is now a busy place, with tiny shops, restaurants, and B&Bs filling its narrow alleyways and small squares. Most impressive is the Cathedral of St Domnius, with its small sphinx sitting at its entrance.

Plundered from Egypt, sphinxes pop up in unexpected places around the old town. The cathedral was built as a mausoleum for Diocletian and converted to a cathedral in the 7th century.

The trip brought together a Christmas-tree farmer, a chemist, several doctors and nurses, one or two bankers, an occupational therapist, a tour operator or two, and a teacher.

Throw in a range of countries of origin for those travellers - SA, the US, Canada, New Zealand, Australia and the UK - and you hear some intriguing tales.

Nigel, the Christmas-tree farmer, hunts deer, grouse, woodcock and wild turkey in New England. "We're gradually re-introducing the wild turkey," he said through his beard. He holds workshops to teach people how to prune his 43,000 trees, a chore that has to be done every day in July and August, in preparation for December.

Karin, with her sing-song British accent, learnt to play the sax when she retired five years ago.

Now she plays with her husband, David, and a friend as a trio back in England.

"I never knew anyone would pay me to sing," said David, who plays the guitar and sings. "I'll give it up as soon as I'm not enjoying it anymore." 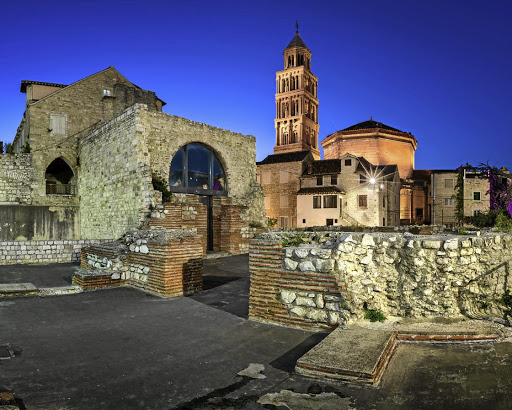 Fran, a cheerful Canadian who moved to Mexico some years ago, said she wouldn't live anywhere else now. "It's the weather and the lifestyle, and the friends I have made."

But while this trip is guaranteed to be easy on your soul, it's not all easy living for the crew - unemployment haunts the youth in Croatia, just like it does in SA, with it rising to 40% in the winter months.

Once the summer season (from May to September) is over, there's no work for the cook Nlkolina or her husband, who works on a separate boat.

They both work every week non-stop for five months, then go home to her mother who looks after their two young children while they're away. They don't have work for the rest of the year. Her brother Romano, who is a sailor on the boat, also has no work when he steps ashore.

Others have off-shore plans for the winter months. Damir, the 56-year-old riding guide, is tall, slim and serious. In the winter months he renovates and sells houses. He's been doing the boats for 11 years. Before that he led bike tours inland.

Ana, the history guide with impressive calf muscles, and Damir's back rider, is multi-skilled. When we docked again in Split, she was heading off to babysit for a week, then to translate a book from Croatian into English.

The secret Greek isle of Syros is full of surprises

It might not be a popular tourist destination - but that makes it more attractive, writes Anthony Horowitz
Lifestyle
3 years ago

Dino, the smiling barman and waiter, and the life and soul of the boat, works in a wine bar in winter. He's planning to move to Germany where he hopes to get permanent employment.

But this didn't distract the crew from making sure everyone was happy, and delivering good meals. Pity they couldn't organise more fish in the sea for our lovely swims though.

Getting there: Sail Croatia offers various packages, including a seven-day Navigator trip aimed at 18- to 35-year-olds (£309); and a seven-day Active trip, similar to the one the writer did. The cycling trip starts at £599 (about R11,124), excluding flights and bike hire. You may, of course, take your own bike.

Flights: A search on skyscanner.net for travel in May turned up great fares on Turkish Airlines with return flights starting at R8,295. See turkishairlines.com.

Yes, you can afford to go overseas! 5 rand-friendly holiday spots

Exploring Madrid makes cents - even on the rand

Janine Bywater finds ways to stretch her cash while exploring the Spanish capital, Madrid, and the nearby towns of Toledo and Valencia
Lifestyle
3 years ago