That was 2016: 10 powerful pictures that told the story

2016 has certainly been an eventful year. We look at some of the powerful images that captured the year that was... 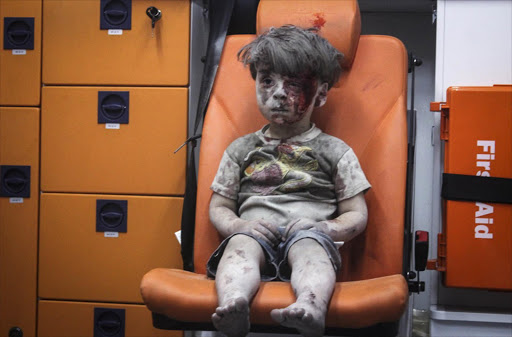 5-year-old wounded Syrian kid Omran Daqneesh sits alone in the back of the ambulance after he got injured during Russian or Assad regime forces air strike targeting the Qaterji neighbourhood of Aleppo on August 17, 2016.
Image: Mahmud Rslan/Anadolu Agency/Getty Images