Charge me or leave me alone, says Zuma wife accused of poison plot 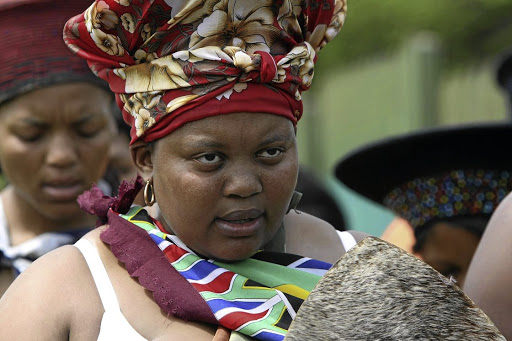 "Charge me," says first lady Nompumelelo Ntuli-Zuma in the wake of President Jacob Zuma claiming officially, for the first time, that he was poisoned. While Zuma did not provide details, MaNtuli has long been at the centre of allegations that she was involved.

The Sunday Times revealed in 2015 that Ntuli-Zuma had been booted out of the Nkandla homestead after being accused of trying to kill her husband the previous year. Last year, the Sunday Times also revealed that the National Prosecuting Authority had identified MaNtuli as a chief suspect and was considering formally charging her.

Her lawyer, Ulrich Roux, was informed on Thursday that the NPA's Advocate Torie Pretorius had been assigned to the case. Now MaNtuli has dared NPA head Shaun Abrahams to charge her or to leave her alone.

President Jacob Zuma and his estranged wife, Nompumelelo Ntuli-Zuma, are still communicating regularly despite a continuing investigation into ...
News
6 years ago

It is not clear if the NPA's sudden decision was prompted by Zuma's public comments on the alleged poison plot. Zuma claimed he was targeted because South Africa had joined Brics under his leadership.

Addressing an ANC gathering in Pongola, KwaZulu-Natal, last Sunday, Zuma said: "I was poisoned by witches who were trying to finish me off in broad daylight. If I didn't have friends overseas, today you would be saying there was a man from Nkandla but he died."

The delays have angered MaNtuli, and Zuma's estranged fourth wife is considering going to court. "My client is frustrated about the delay in the investigation and she was considering her options pertaining to approaching the High Court of South Africa for a declaratory order directing the NPA to make a decision on whether they are proceeding with a prosecution or not," Roux said.

In October last year, Abrahams told MaNtuli she was a suspect in an alleged plot to kill her husband, but there were no further developments until this week.

Zuma's alleged poisoning apparently took place in June 2014. It was reportedly picked up during his trip to the US in August 2014.