The death squad that wasn't…

The Sunday Times will return all the awards and prize money presented to its reporters for their reports on the Cato Manor “death squad”, the South African Revenue Service “rogue unit” and the Zimbabwean renditions.

Editor Bongani Siqoko, who reflects on and apologises for the reports and their aftermath in today’s edition of the Sunday Times, says the return of the awards and the money is a bold move to finally draw a line under the saga.

We also carry a piece written by the former head of the Hawks in KwaZulu-Natal, Johan Booysen, who provides an insider’s perspective on the events that led to the Cato Manor reports, and describes how Sunday Times reporters may have been “played” by sources with a hidden agenda.

The death squad that wasn't
We got it wrong, and for that we apologise 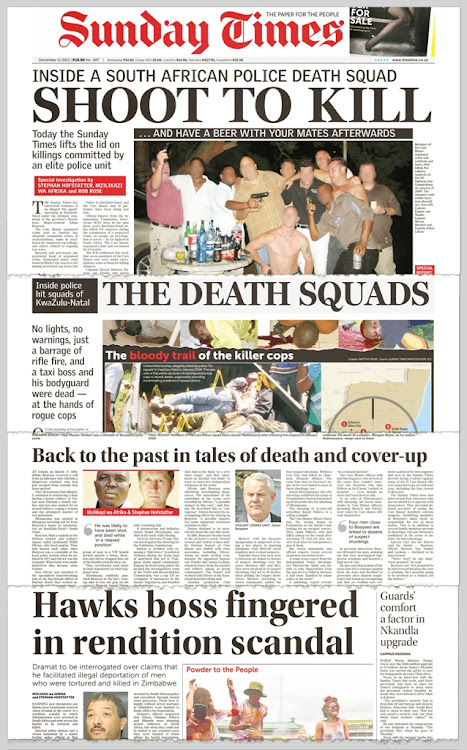