Gender plays a role, but mainly poor facilities at schools 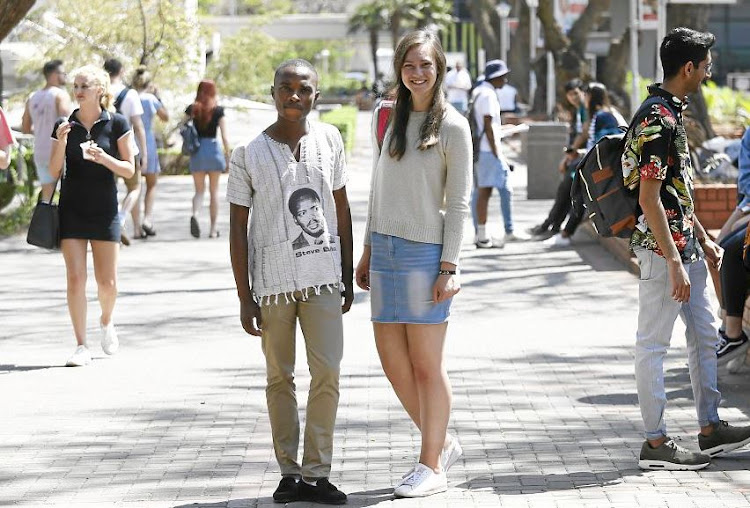 Thabang Mamushi faces the prospect of attending lectures on an empty stomach for the rest of the year because his annual meal allowance is nearly exhausted.

The University of Pretoria student, who is pursuing a bachelor’s degree in political science, matriculated at Kgahlanamorulana Secondary in Limpopo in 2016.

Unlike the facilities at former Model C schools, the 21-year-old’s school — a no-fee-paying school — did not have a library, laboratory or even flush toilets.

He believes that under-resourced schools are one of the reasons for the poor graduation rate of black African students.

Latest research by the department of higher education found that female students outperformed males in all diploma and degree qualifications.

More than half of white female students who enrolled for a four-year degree at university in 2008 graduated in the stipulated time compared with  27.4% of African males.

Multilingual education in school is the only route to equality

The study tracked the dropout and success rate of undergraduates from 2000 to 2016. It  said further research needed to be undertaken “to understand why male students are not performing as well as female students”.

Mamushi, a second-year student from  Kgaphamadi in Limpopo, receives a bursary from the National Student Financial Aid Scheme (NSFAS). “There is no-one at home who has been to university, so the only support I get is the comment, ‘you must study’,” he said.

Fellow student Chanél de Wet, 19, had a middle-class upbringing and went to Middelburg High in Mpumalanga.

“I was very privileged to attend a former Model C school, which I think was a huge benefit,” she said.

He said that black African students faced a “cluster of issues” that made the chance of  success at university more difficult. This included severe socioeconomic challenges, attending under-resourced schools and not speaking English as a first language.

Gasant Abarder, a spokesperson for the University of the Western Cape, said financial pressure was still a major issue for many students, even those on  bursaries.

the state of tertiary education

34.6% of undergraduate students from the 2008 group dropped out after 10 years

“Money is needed for accommodation, transport, food, toiletries and other resources. Some students do receive funding which covers all these costs, but many do not.

“We track and monitor students at risk and have focused interventions on most failed modules as well as other discipline-specific initiatives such as the maths turnaround project,” said Abarder.

She said that it was difficult for all new students  to transition to university studies and “even more difficult for those who come from deep rural and under-resourced schools”.

The University of Pretoria said that its  analysis found that females “outperformed” males.

Unisa spokesperson Martin Ramotshela said it was evident that overall, females achieved better success rates at school level and that this flowed into higher education.

Ishmael Mnisi, a spokesperson for the department of higher education, said: “Student success is improving in the system although it is not yet at the levels we would like it to be.”

Recent research by Nic Spaull and Nwabisa Makaluza from the University of Stellenbosch found that girls outperformed boys in all subjects and grades at school.