Covid-19 proves that ‘couples who cook together stay together’ 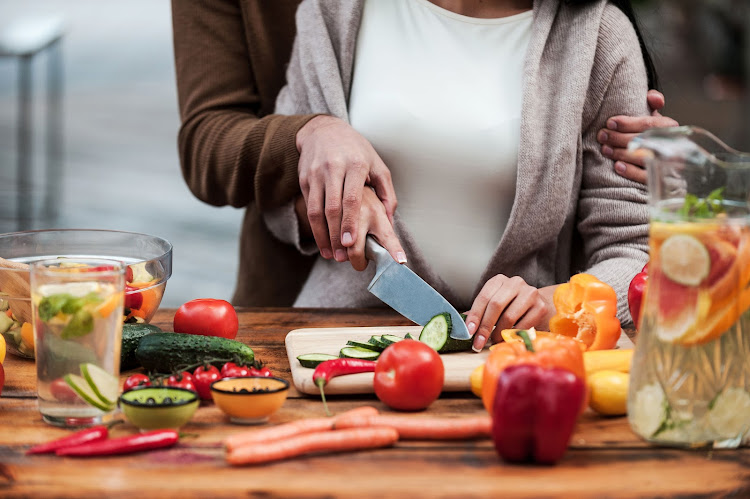 A marriage counsellor said couples that were self-isolating could stay connected by cooking together. Stock image.
Image: 123rf.com/gstockstudio

The vow to love in sickness or in health is being tested by Covid-19 as couples barricade themselves against the virus. But it needn’t be so bad.

Marriage counsellor Nadia Thonnard said the key was to remain connected even while having minimal physical touch. “Cooking together, playing together, even reading together can bring people very close to each other.”

Jean and Mike Robertson of Pretoria began isolating last week. “I do think we’ll be fighting about the [TV] remote,” Jean said.

A Johannesburg couple’s excitement over spending more time together fizzled out in the first week. The couple were instructed by the bank they both work for to isolate themselves after they returned from Germany two weeks ago.

“When we took work away from the equation, we had little to talk about. My husband claims I nag but I only do it because he can be quite annoying.

"I wanted peace and quiet and he wanted to watch videos on his cellphone on the maximum volume setting. We are highly strung right now,” the wife said.

Matrimonial and family lawyer Shando Theron said divorce rates have already been on a steady increase.

“Being quarantined with your spouse over an extended period would, even in a functioning relationship, lead to some friction,” he said.

Durban psychologist Rakhi Beekrum has seen couples arguing over what measures to take.

“One partner wants to follow the guidelines, while the other feels it is an overreaction. Couples with existing marital conflict are likely to have intensified conflict during this time.”