Cut diabetes, obesity down to size 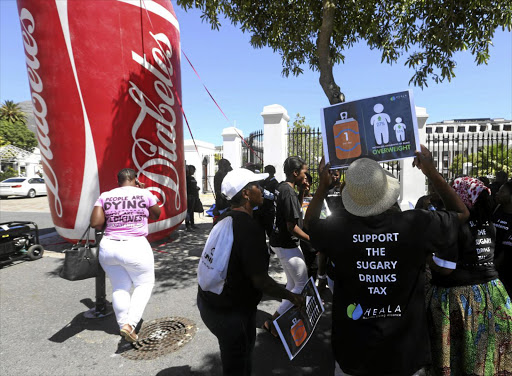 A tax on sugary drinks will save lives and slash health costs. And it won’t lead to job losses, writes Michael Bloomberg

South Africa has a chance to help lead a growing global movement to adopt a national tax on sugary drinks, one of the leading causes of obesity around the world.

South Africans are among the top 10 consumers of soft drinks in the world, and it is no coincidence that the country now has the highest rate of obesity in sub-Saharan Africa, with obesity-related diseases such as heart disease and diabetes accounting for 43% of deaths in the country.

The burdens that obesity creates, on individuals and economies, are all the more tragic when you consider that obesity and obesity-related diseases can be largely prevented by implementing proven, cost-effective measures.

Even a modest sugary drinks tax has the effect of making healthier beverages - including milk and water - more attractive to consumers, especially young people.

France, Chile, Mauritius, the Dominican Republic and Mexico are among the nations that have adopted sugary drinks taxes.

Now, South Africa can demonstrate strong leadership on this issue.

Contrary to scaremongering from the beverage industry, there were no job losses in either the beverage or junk-food-manufacturing sector or in commercial stores selling food and beverages. Overall unemployment did not go up, either.

Like Mexico, South Africa's health and economy will benefit from the sugary drink tax and other efforts to improve diets, decrease obesity and reduce disease.

As the World Health Organisation's global ambassador for noncommunicable diseases (which include obesity), I've been supporting governments around the world to take actions to improve public health.

A sugary drink tax is one of the most effective actions that governments can take to fight obesity, and I applaud the many South Africans who are working to make it a reality.