Mampara of the week: Vytjie Mentor 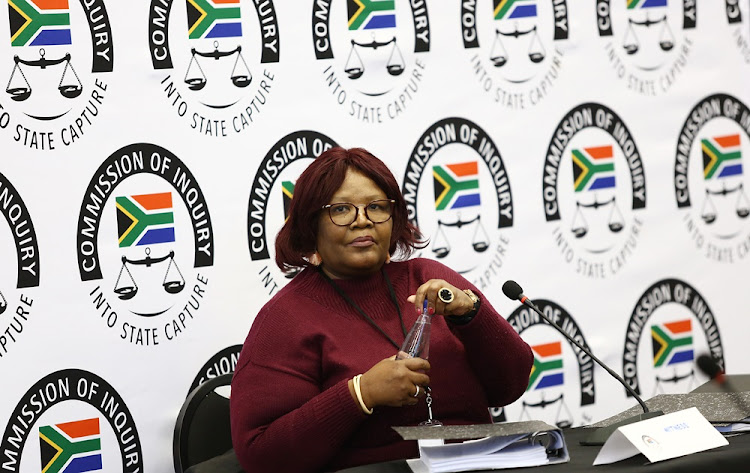 Vytjie Mentor at the Zondo commission of inquiry into state capture in Parktown, Johannesburg on August 27 2018.
Image: Masi Losi

No-one knows if the person who this Mampara spoke to on a flight to China was really Duduzane Zuma - and that's if anyone spoke to her at all. It's also a mystery whether the house she claims to have visited in Saxonwold was the Guptas'.

Mamparamentor went from having been introduced to Brian Hlongwa to meeting Fana Hlongwane and now a mysterious "chairman". Where was Google when she wrote her book, and why did she not do her research ahead of appearing before justice Zondo?

Mentor is prone to shooting from the hip, but even a loudmouth like her would have known it's extremely dangerous to appear before a judicial commission and make serious allegations when you aren't sure of your facts.

Zondo must throw out this Mampara's entire testimony.

Former ANC MP Vytjie Mentor has admitted that the man Duduzane Zuma allegedly introduced her to on a controversial flight to Dubai may not have been ...
Politics
3 years ago

Former finance minister Nhlanhla Nene has fractured his ankle and could not appear at the state capture inquiry on Thursday.
Politics
3 years ago