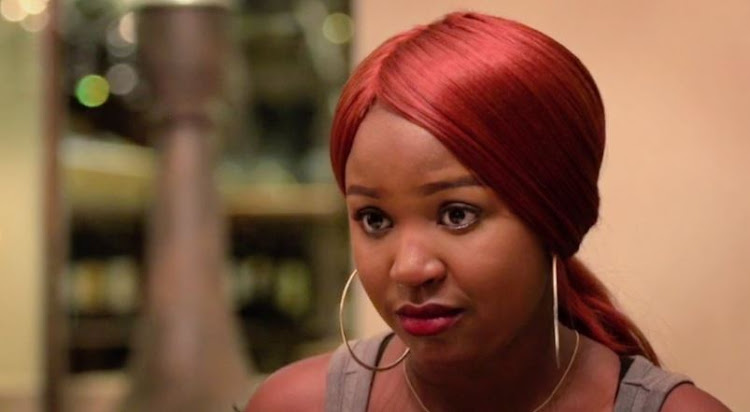 Dineo was a little surprised to learn that her friend was crushing on her.
Image: Via Mzansi Magic

Poor Ndivhuwo put her heart on the line when she asked her friend, Dineo out on last night's episode of Uyang'thanda Na.

And while Dineo turned her down, there were still major life lessons to learn from the fail, like be careful when you compliment your friends on their dress. Seriously!

Twitter went into overdrive during the show as they reacted to the drama on screen with hilarious jokes and memes about what not to do when asking someone out on a date.

We're not sure if Ndivhuwo was paying attention to Dineo's love life or if she even checked her friend's relationship status on Facebook, but Dineo has a boyfriend whom she has a child with. Eish!

#UyangthandaNa she wants to give her advice how to leave her baby daddy... pic.twitter.com/8WFs3J0HZL

Friends compliment friends, right? Except when one of the friends fancies the other and is using the compliment to try push the relationship further.

From now on when a sister in Christ says I'm dressed well #UyangthandaNa pic.twitter.com/Ew9mxWeevl

Every time Dineo got undressed in front of Ndivhuwo she was like #uyangthandana pic.twitter.com/BlYbfa2re9

This is why people think we're hitting on them when we're just being kind and sincere #Uyangthandana pic.twitter.com/jg66W67tT6

Props to Ndivhuwo, she really tried everything to get Dineo's attention but in the end even pulling the sympathy card didn't work.