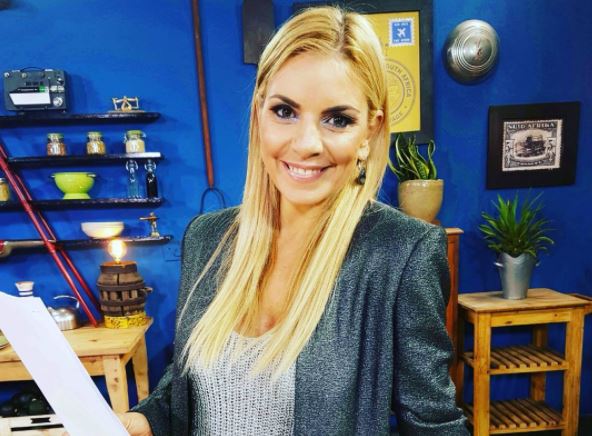 Amor Vittone has lashed out at people who have accused her of being a horrible person and "deadbeat mother".
Image: Amor Vittone Instagram

Amor Vittone is tired of being "painted as a bad person and a deadbeat mother" and plans to write a book where she'll open up about her dispute with Joost van der Westhuizen's family over his will.

Amor has been at loggerheads with the family since Joost's death in February and recently succeeded in a court battle which saw the Van der Westhuizen family withdraw its request to declare an unsigned will as valid.

A second will, which was apparently drawn up when the star was too sick to sign it himself, was declared invalid by the Master of the High Court. This meant that Joost's initial will, which apparently left everything to Amor and their children, would come into effect.

Speaking to TshisaLIVE, Amor said she was relieved but saddened by the outcome of the proceedings.

"I think that Joost would have been sad to have witnessed the bitterness that took place," she said.

She went on to explain that the "bitterness" that had developed between her and the family had come from "situations that took place behind closed doors".

Amor claimed she was being crucified for things she had not done in an attempt to tarnish her reputation.

"They said that I wasn't there at his side in his last moments, but that was because they told us to go somewhere else. I am constantly painted as a bad person, uncaring wife and a deadbeat mother but that is bullsh*t. People do not know the truth and they have not walked in my shoes. I won’t be crucified for something I didn’t do wrong," Amor said.

Joost and Amor's two children, Kyle and Jordan, are currently supported, in part, by a monthly maintenance payment from a trust fund started by Joost.

Amor denied that she was looking to financially benefit from Joost's estate or the trust fund payments and said that her financial situation was nobody's business.

"I made my own financial sacrifices to be there for Joost after his controversy and even more so when he got sick. I lost everything: sponsorships and music deals. I went through hell to be with him. I am not looking to 'cash in' on his estate. I am a grown woman. My financial situation is no one's business but I can look after myself and my children. I fought the will because there was promises that Joost made to his children that I feel, even now, are not being met," she explained.

Amor revealed she was working on writing a book to clear the air and give her side of the story.

"There are days that I wake up sobbing because I miss Joost and wish he was here with us. But I won't allow my children and my integrity to be damaged by nonsense," Amor added.

Joost died earlier this year after a lengthy battle with a form of motor neurone disease (MND) at age 45. The former Springbok and his wife made headlines after a sex tape of Joost with a stripper were made public.

Amor Vittone has found herself in the middle of a will drama as Joost van der Westhuizen’s brother has produced another will that may leave her with ...
TshisaLIVE
4 years ago

There wasn't a dry eye at Joost van der Westhuizen's public memorial on Friday afternoon when his estranged wife, Amor Vittone poured her heart out ...
TshisaLIVE
5 years ago