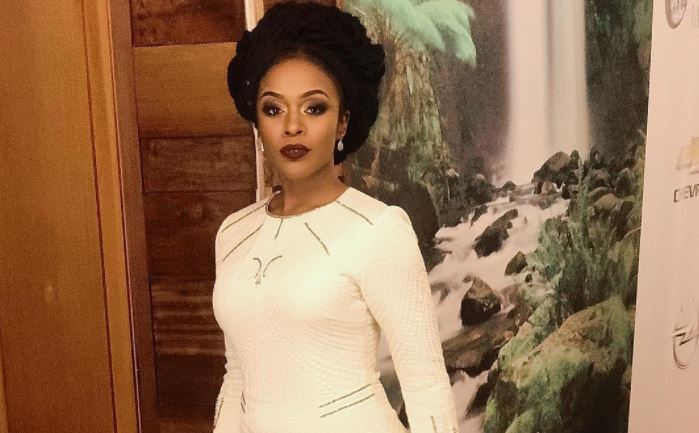 The film tells the story of a woman who after separating from her husband in Lagos, Nigeria seeks solace in Zanzibar, hoping to forget her turbulent past.

The project was filmed in Lagos, Zanzibar and Cape Town, and sees Nomzamo and Mmabatho play key roles in the film.

Speaking to TshisaLIVE, Akin said A Hotel Called Memory was a "Pan-African experimental project" that aimed to show an African tale through silent dialogue.

"I always loved silent films and wanted to make one that explores Zanzibar, Lagos and Cape Town. The team was excited about making a film that allowed for poetic and introspective moments in the characters," he said.

Akin and Nomzamo had worked together on the 2015 comedy Tell Me Sweet Something and the director said he was impressed by Nomzamo's ability to shine without having to say a word.

"The film is very organic and has no dialogue, so we needed actors that were comfortable enough to not have the security blanket of dialogue but really to trust their emotions and reactions to what was happening around them," he said.

The film will screen for the first time at the 6th Annual Blackstar Film Festival in Philadelphia, America this weekend. It will be one of 60 films airing at the festival, which will also feature projects on political and social uprisings around the world.

Akin said he was honoured to present the film at the prestigious festival.

"I felt truly blessed. The film was very intimate even though we were shooting exteriors mainly. It was a peaceful, serene and unique organic and rewarding experience and I am looking forward to sharing it with an audience," he said.