Kabomo doesn't want to leave the 'honeymoon phase' of marriage 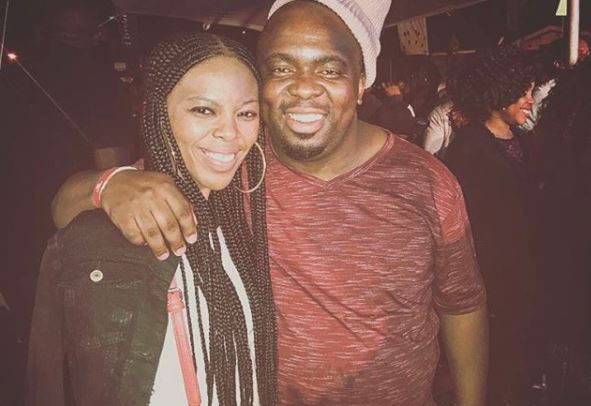 Kabomo and his wife are loving being married.
Image: Via Instagram

Musician Kabomo is loving married life so much that he said he wishes he did it earlier and revealed that he never plans on leaving the honeymoon phase.

The musician gushed about his wife, whom he recently married, telling TshisaLIVE that the stability she has brought into his life makes him want to be a better husband every day.

"If I knew that marriage life was so great I would have gotten married as soon as I found my other half. That woman has brought so much joy in my life. To live life with a person who is constantly by your corner, supporting you and just loving you is amazing. We are definitely still in the honeymoon phase having been married a little over a month ago, but I plan on staying in this phase forever," he said.

Kabomo who said that everything in his life looks like its falling into place, recently released his double disc album Unapologetic.

He said that some of the songs were inspired by his blossoming love life and that his wife also helped him have more confidence in his music.

"There is a clear difference in someone who has someone who believes in him and someone who doesn't. Do you know, in high school I did not sing, I actually thought I was horrible. But a combination of things came together to help me harness my talent. Practice, guidance and even people who help you believe that you can do it," he said.

The singer said he doesn't take his love for granted as it inspired him. He said that he wants to grow old with the "love of his life" and talk about how amazing marriage is to their kids.

Skolopad is not giving up on her plan to make Euphonik her man, even releasing a song about her infatuation with the popular DJ, entitled Marriage.
TshisaLIVE
4 years ago

Popular DJs Major League has described relocating from the States to SA as kids as a culture shock and a struggle to fit in, explaining that it is ...
TshisaLIVE
4 years ago

Not a stranger to controversial topics, author Jackie Phamotse is at it again with her upcoming book Bare dedicated to the slain socialite Karabo ...
TshisaLIVE
4 years ago

When AKA announced his plans to only use Twitter for work, many didn't believe him but the rapper has stayed true to his word, explaining that it was ...
TshisaLIVE
4 years ago

Somizi has reflected on one of the most devastating experience of his life when he lost his brother Archie and how the devastation of it led to him ...
TshisaLIVE
4 years ago