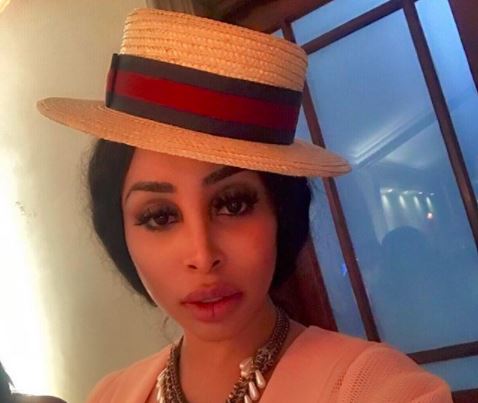 Khanyi Mbau to reveal details of her recent hospital stay on her TV show today.
Image: Via Instagram

Even though Khanyi Mbau tried to put on a brave front on social media, she has revealed that in reality she is in "pain," after a hospital stay last week.

Last Thursday, Khanyi's boyfriend, Tebogo Lerole shared a picture of her in a hospital bed, wishing her a speedy recovery.

When contacted by TshisaLIVE, Khanyi revealed that she was in hospital to prepare for her "summer body".

"Went to get my summer body ready with Dr Mark Stienman. Summer is here and (I) need to look great," she said.

However, over the weekend Khanyi revealed that after being "discharged" from hospital she was in a lot of pain, and was told to stay in bed but could not miss her cousin's wedding.

"I was in hospital a day before my cousin's wedding, I got discharged and was told to stay in bed, I didn't, I couldn't... I left my bed got dressed did my face and left. I was in so much pain and discomfort the whole day but I couldn't let him down on such a big day. I braved it," she said.

Khanyi thanked her designer for covering up her bandages with a beautiful dress.

"I am so grateful Nonke... you managed to cover up all my bandages and dressing with a dress you made in 20 mins.. I am honestly grateful for making me feel beautiful even though the pain was real," she said.

Khanyi told TshisaLIVE on Monday morning that she was "heavily medicated and in bed" so it was not a good time to speak.

However, she said all details surrounding her recent hospital  visit would be revealed on her celebrity gossip show The Scoop. She added that her fans would be able to understand what is going on with her during that show.

The Scoop airs on Wednesday nights at 9:00pm on SABC 3.

At first I didn't want it, says Lerato Mvelase on sangoma journey

Actress and singer Lerato Mvelase has revealed that she first resisted her calling as a traditional healer because she thought it was "dark and ...
TshisaLIVE
4 years ago

A university student has caused a storm with claims that Bonang Matheba allegedly failed to live up to promises to help pay her fees seven months ...
TshisaLIVE
4 years ago

Thembisa Mdoda has reflected on her struggles in the industry, which include being judged for her weight and criticised for getting divorced.
TshisaLIVE
4 years ago

Dr Precious Moloi-Motsepe flew the South African flag high when she was honoured with the inaugural Franca Sozzani Award at the United Nations in New ...
TshisaLIVE
4 years ago