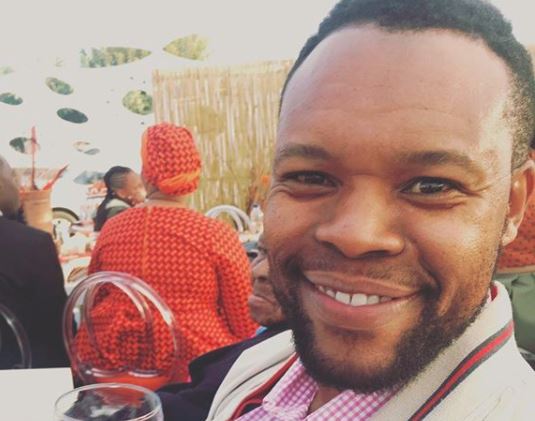 Tumisho Masha is prepared for the law to take its course.
Image: Via Instagram

Actor Tumisho Masha is headed to court next month on charges of assault, which have been reinstated by his estranged wife Zozibini Mtongana, almost a year after the charges were officially laid.

The National Prosecuting Authority confirmed the charges had been reinstated and the actor had been summoned to appear in court.

"Tumisho Masha will appear in court on November 7 at the Randburg Magistrates Court. He's been charged with assault and malicious intent to property (MIP)," said spokesperson Phindile Louw.

Charges of assault were initially laid against Tumisho in September last year, after an altercation between the couple allegedly turned violent in July.  The charges were then withdrawn.

Tumisho told TshisaLIVE he trusts the legal system and is prepared to see the law take its course.

"Men need to realise that being bitter and looking to retaliate is not the way to respond to an abuse accusation. We need to trust the law. I might find myself in a situation where I am representing all the men that have been accused and are innocent. The law will determine that, but if that's the case, then it's also okay," he said.

Tumisho said that abuse is a serious crime and perpetrators should face the consequences.

He applauded the NPA and law enforcement officers for their work.

"We often take them for granted. They could have turned her away because the initial charges were dropped but they didn't. They chose to investigate and I respect that."

According to a Sunday Sun report, Zozibini decided to reinstate charges after Tumisho allegedly violated a court order she had against him.

Attempts to reach Zozibini for comment were unsuccessful at the time of publishing this article.

Last night's episode of reality TV show Utatakho left Twitter shook after Ntombi's search for her father revealed some secrets from her mother's ...
TshisaLIVE
4 years ago

Actor Mpumi Mpama has one of the most distinguished voices in Mzansi, something he has been working on for several years, despite sometimes being ...
TshisaLIVE
4 years ago

Veteran kwaito artist Thebe Mogane is far different to the party-loving and flashy guy he became known for in his prime, explaining that he is a calm ...
TshisaLIVE
4 years ago