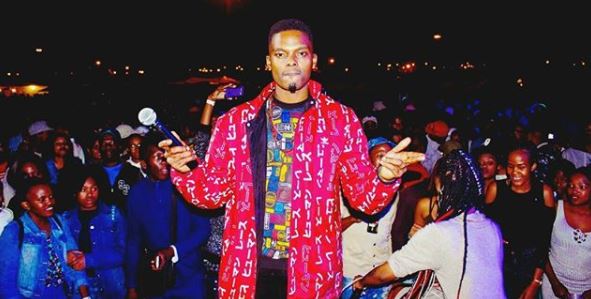 An on-screen memorial service for Dumi Masilela will be held on Wednesday.
Image: Via Dumi Masilela's Instagram

Ahead of an on-screen memorial service to be held for Dumi Masilela on Rhythm City on Wednesday evening(18 October), the late actors close friend Clement Maosa paid an emotional tribute to the star.

Clement and Dumi met while filming for Skeem Saam and Rhythm City respectively and soon became close friends, even once travelling together to visit Clement's family in Limpopo.

Clement, who plays the role of Zamokuhle on Skeem Saam, told TshisaLIVE that he was still struggling to come to terms with Dumi's death and thought about it every day.

"One thing I have observed is that people are quick to move on. It is like some people have forgotten, but I have not. It is hard to believe that he is gone... even after his last TV appearance. I think that moment (Dumi's last TV moment) made it more real but I still miss him and think of him every day."

Dumi's death was recounted in a scene on Rhythm City last week and will culminate in an on-screen memorial service on Wednesday featuring his brother and mother.

Clement said that he was present while the production filmed the memorial and felt it was a fitting farewell to his friend.

"I was with the family and I felt it was done well. It went well and I think it really reflects both his life and highlights crime in South Africa. His mother spoke about Dumi belonging to the people and how she would help the people find closure."

He said that if he had one more moment with Dumi it would most likely be spent listening to the star sing for him.

"I would say thank you. He came into my life and played an important part in it. I won't forget him," Clement added.

Dumi died in hospital after being shot during an attempted hijacking in Tembisa on August 2.

Comedian and Rhythm City actor Robby Collins is carving out his own career in the entertainment industry but has apparently often been mistaken for ...
TshisaLIVE
4 years ago

Kwaito star Sipho Ndlovu, popularly known as Brickz, has been sentenced to 15 years in prison after being found guilty of raping a 17-year-old ...
TshisaLIVE
4 years ago