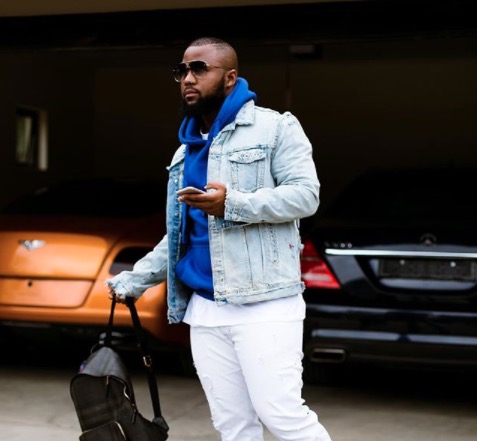 Cassper gives street performers a platform to show off their skills.
Image: Via Instagram

With just  33 days to go until Cassper Nyovest attempts to make hip-hop history by filling up FNB Stadium, the rapper has been hitting the streets hard to market his upcoming concert.

The rapper has been visiting university campuses across the city to entice young fans to come out in their numbers.

Over the weekend Cassper's team roped in a group of street performers as part of their marketing campaign, but the rapper was so blown away by their skills that he added them to the lineup.

"This was suppose to be just another marketing strategy but I'm so blown away by these kids that I am putting them on #FillUpFNBStadium #Proudly South African," he said.

As the date draws closer, Cassper has still not managed to secure a headline sponsor, which has left him disappointed.

But that certainly hasn't deterred him, with his team telling TshisaLIVE that he would fit the R15 -million bill if a big sponsor does not come on board.

This was suppose to be just another marketing strategy but I'm so blown away by these kids that I am putting them on #FillUpFNBStadium 🇿🇦. Proudly South African!!!

Twitter was sent into a complete meltdown on Monday morning, after screenshots of what is believed to be Emtee's manhood went viral.
TshisaLIVE
4 years ago

Fans were concerned by the appearance of Tholukuthi Hey hitmakers Sakhile "Killer Kau" Hlatshwayo and Mbali Sikwane on Idols SA last night, with many ...
TshisaLIVE
4 years ago

Legendary actor Dumisani Dlamini popped by the TshisaLIVE offices to answer some of our tough questions. You know when an actor is stumped, you've ...
TshisaLIVE
4 years ago

US makeup artist, Sir John has an impressive list of clients including global singing sensation, Beyoncé, Khloe and Kim Kardashian and Priyanka ...
TshisaLIVE
4 years ago