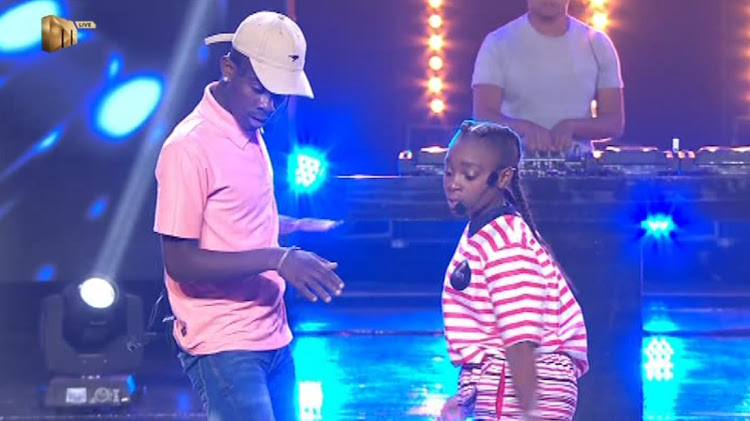 Fans were concerned by the appearance of Tholukuthi Hey hitmakers Sakhile "Killer Kau" Hlatshwayo and Mbali Sikwane on Idols SA last night, with many believing that they should have been studying for matric exams instead of performing on live TV.

The high school students became overnight sensations earlier this year when the song they created together went viral, and was picked up by Euphonik.

Their meteoric rise to fame continued when the pair performed on the Idols SA stage on Sunday in front of a massive television audience.

While their performance was hailed by fans, concerned viewers thought that with matric exams now well underway the pair would be better off using the time to study.

Isn't that girl featured on Tholukuthi Hey supposed to be studying for her matric exams? #IdolsSA

Kganthe a se matric exams? Bana must be home preparing, not this #IdolsSA

#idolssa aren't these tholukuthi kids supposed to be studying for their exams or something? pic.twitter.com/77mSZXZEVV

US makeup artist, Sir John has an impressive list of clients including global singing sensation, Beyoncé, Khloe and Kim Kardashian and Priyanka ...
TshisaLIVE
3 years ago

Tjer! Watch Unathi pushing an actual car as part of her gym training

But guys, nobody is going to want to mess with Unathi Msengana after seeing this video of her pushing a car... as part of her gym routine. Yes, ...
TshisaLIVE
3 years ago

Thuli Phongolo adds Gucci handbag worth over R56k to her collection

Actress and DJ Thuli Phongolo loves the finer things in life and recently added a Gucci handbag worth over R56,500 to her closet. The star, popularly ...
TshisaLIVE
3 years ago

Victory! DJ Sbu is heading back to the SABC

After being fired from Metro FM and TV show, Friends Like These, three years ago, DJ Sbu is making a triumphant return to the public broadcaster. He ...
TshisaLIVE
3 years ago

Just months after announcing that he was working with the likes of Diddy and Usher, Black Coffee has revealed that he is currently working on a song ...
TshisaLIVE
3 years ago