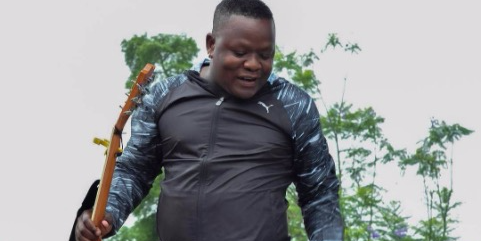 Weeks after being found "dazed and almost naked" in a stranger's garden, Maskandi artist Sthembiso "Mroza" Fakude has reflected on the "unbearable" pain and confusion he felt during a three-day long ordeal.

According to Sowetan, Mroza went missing late last month after telling his girlfriend that he was heading back to KwaZulu-Natal after recording in Johannesburg. He was found days later.

Speaking to TshisaLIVE about the ordeal, Mroza said that he struggled to remember everything that had happened during the ordeal.

"I went missing for three days and I was found by my family. It was so hectic that I couldn't recall what happened. The state that I was in was unbearable," he said.

He said that his family didn't leave his side after the ordeal and helped him recover.

"Family is important in life because if they were not there for me, I don't know what would have happened. My family stuck by me and made sure I was safe. They have been my pillar of strength after the ordeal. It was not easy but they made sure that I bounced back and I am grateful that I have managed to get my life back," he added.

He said that his condition was "serious" and had those close to him concerned. However, he was now able to do ordinary chores like driving a car.

According to Daily Sun, the star apparently told Ukhozi FM that he was "partially mentally disturbed" at the time of the incident but had recovered fully.

Musician Winnie Khumalo is still recovering from surgery to remove an abscess that developed in her buttocks, but put aside her health challenges ...
TshisaLIVE
4 years ago