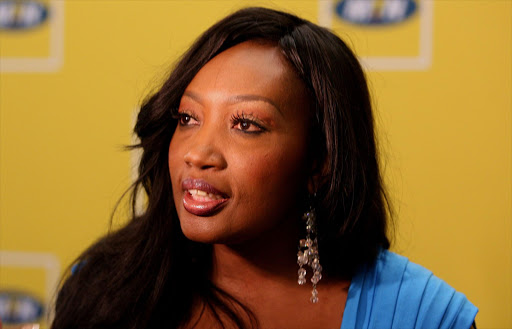 Sophie Ndaba has been pitching a reality show to broadcasters.
Image: Simon Mathebula

Former Generations actress and businesswoman Sophie Ndaba has been hard at work on a reality show she hopes will make it to screens next year.

Speaking to TshisaLIVE, Sophie revealed that she has been in negotiations with several local broadcasters to air the reality show, she says is unlike anything being done in South Africa at the moment.

She said the show was written and co-produced by her and was part of her move to production.

"I have produced a number of projects and I have slowly been moving into that direction. It is exciting to have this idea and be able to run with it. Now, all we need is for it to find a suitable home," she added.

Sophie also produced a drama series, where she plays the lead, which she is also pitching to stations at the moment.

"I believe in these projects and I am not in a rush. I don't mind waiting for as long as it takes to see them come alive," she said.

In the meantime, she is building her events company and working on films like the upcoming movie She Is King.

"My events company is doing very well. We will be hosting a number of events in the next few months, including the Metro FM Heatwave."

On She Is King, Sophie plays the role of a former entertainer who goes back home to find her daughter has died, throwing her in the thick of family drama. She said she had to tap into her role as a mother to channel the emotions needed for the role.

"I am a mother so I reflected on how it would feel to lose my child. I can't imagine the pain, but trying to tap into those emotions helped me with the role," she said.

It's been eight years since musician Teepee last released an album, but the RnB crooner is not concerned about fans forgetting his name. Music fans ...
TshisaLIVE
3 years ago

Cassper Nyovest has cleared the air on lingering speculation that his music rival AKA may join the line-up for his #FillUpFNBStadium concert next ...
TshisaLIVE
3 years ago

The current season of Utatakho has certainly shown Twitter the "evil" side of women and last night's episode featuring vile Mam'Mkhize who shook ...
TshisaLIVE
3 years ago