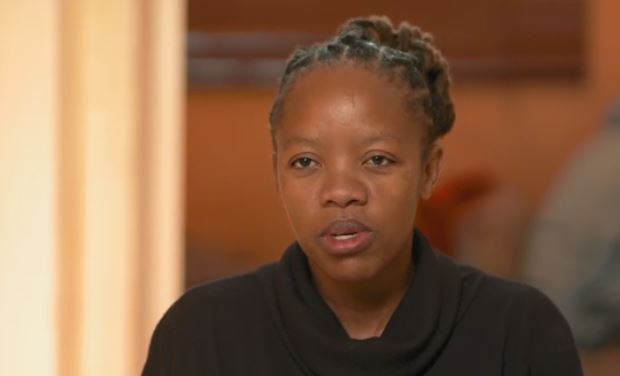 Emotions ran high on Twitter last night as Utatakho's Nozipho Zantsi's story of losing people dear to her touched tweeps who hoped that finding her real father would help her heal.

After hearing Nozipho's story Twitter users also expressed gratitude for the little blessings in their own lives.

It was revealed that the man Nozipho knew to be her father died when she was four-years-old, she then grew up in a tavern and later had someone else claim to be her father. Then her grandmother died, followed by her mother and just as she was "recovering", she found the love of her life only for him to be shot.

Twitter couldn't believe that one person could go through so much and they sympathised with her through memes:

i had to repeat tonight's episode of #Utatakho this is sad "everything i've know it's been taken away from me, just like that" - Nosipho😭💔😭💔 pic.twitter.com/M3RtCKPNtn

Growing up with a family thinking it is your biological family then you find out when you are an adult that it ain't. People go through alot ey #Utatakho pic.twitter.com/Dv1xxpf2ww

Stay tuned, next week same time. You are still going to cry #Utatakho is not for the faint hearted 👇🏾👇🏾 pic.twitter.com/AJPFq0j5Ey

2017 showed me flames on so many levels it's not even funny. But hay uSisi has been through the most man. #Utatakho pic.twitter.com/WgmOnlDhJK

I'm confident that uNosipho is not a Zantsi #uTatakhoMzansi and soon she's gonna learn that her dad never died and that she's not alone pic.twitter.com/9KXgeuGj0L

Wondering if I should watch #Utatakho or change the channel because Theme changed from “Men Are Trash” to “Hoe Is Life” making women look bad this season. pic.twitter.com/s3VifjUmx1

Now I want to do a DNA test with my dad. That time I'm his replica 😯#Utatakho pic.twitter.com/XAMEw8R0mK

#Utatakho think I need to do DNA with my father just to be sure my identity pic.twitter.com/MkMs3piBm1

So..The child that Nosipho did the 1st DNA test with is not her dad's child 🤔😱#Utatakho pic.twitter.com/NOiGGExD7Q

Bit I really don't understand why elders let things get to the level of going to #Utatakho 😯😯 just tell the truth pic.twitter.com/XMGoTxLr9f

Shame this lady lost all her lpved ones in such a short period of time, may the world of spirits be with her🙏🙏#uTatakhoMzansi pic.twitter.com/BLfzXvZ1PM

This Nosipho story is really sad ... at least though she is a Mashego #Utatakho pic.twitter.com/ZkOeS455Pb

WATCH: Mthokozisi fights for his life in music video

On November 19 Mthokozisi Ndaba and Paxton Fielies both released their new singles and music videos. But much of that has gone unnoticed after it was ...
TshisaLIVE
4 years ago

'I'll sleep when I'm dead!' - Dr Malinga explains why his songs are anti-sleep

Dr Malinga has come out to shed light on why most of his December tracks follow a similar theme of evading sleep to party or to make money, ...
TshisaLIVE
4 years ago