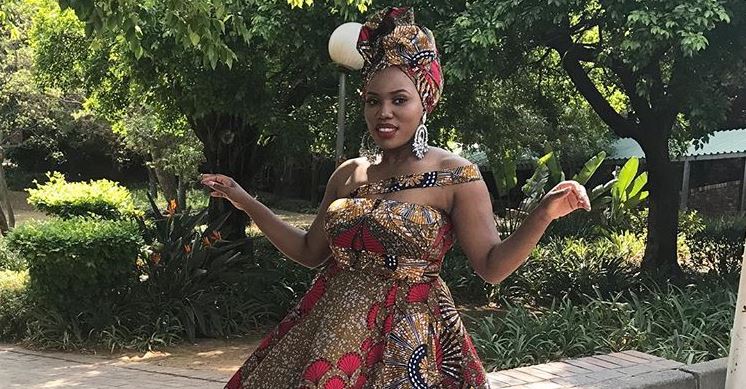 Gugu Gumede has no desire to be famous.
Image: Via Gugu's Instagram

It's hard to miss Gugu Gumede's American twang, which she developed after years of studying in Los Angeles, but when she gets into character for her role as Mamlambo on SABC 1's popular soapie Uzalo, it "disappears".

During an interview with TshisaLIVE, the actress said that she wasn't aware of ever being judged for her accent because she was able to switch between dialects so easily.

"It has never prevented me from getting any roles because I am able to speak in many dialects and so when I get into character it goes away. Normally when you audition for a role you have to go into the audition in character. So for me, there's no place for my twang when I play Mamlambo. I don't play Mamlambo with an accent. In fact, I don't even speak Zulu like Mamlambo," she said.

The former Generations actress has become a major part of the Uzalo cast as a middle-aged woman and said that people often assumed she was older than she is because of the role.

"This is probably the biggest misunderstanding about me and it stems from me playing an older woman. They are surprised when I tell them that I am a 25-years-old. They get the shock of their lives."

As the daughter of National Party leader Zanele Magwaza-Msibi, Gugu has also had to fight the misconception that she got her roles because of political influence, and that she may have political ambitions herself.

Gugu said that despite her family's careers in the spotlight, she has no interest in being famous.

"People think that because I am an actress, I want to be famous and I don't. I am really shy and I would rather spend my time at home with my family or dog. So, when I walk in the mall and people think that I am loud like my character I go into my cocoon. I have no desire to be famous. Before Instagram I was an actress. I just want to do my job."

WATCH: Cassper Nyovest explains his #JustBuyATicketBro response to AKA

With only three days left to Cassper Nyovest's dream to #FillUpFNBStadium, the rapper has come out to clarify why he declined AKA's offer to "help" ...
TshisaLIVE
4 years ago

There's no denying that Heavy K and DJ Maphorisa are great producers and verified hitmakers, but Twitter has agreed with Mgarimbe that his Sister ...
TshisaLIVE
4 years ago

Mzansi Magic's Lockdown once again cemented its place as one of the most dramatic series in South Africa on Monday, leaving fans in shock with the ...
TshisaLIVE
4 years ago

'It's different this time,' says Mshoza on traditional wedding

Mshoza is enjoying newly-wedded bliss and everything that comes with being a new makoti (bride) after she traditionally tied the knot to her beau ...
TshisaLIVE
4 years ago