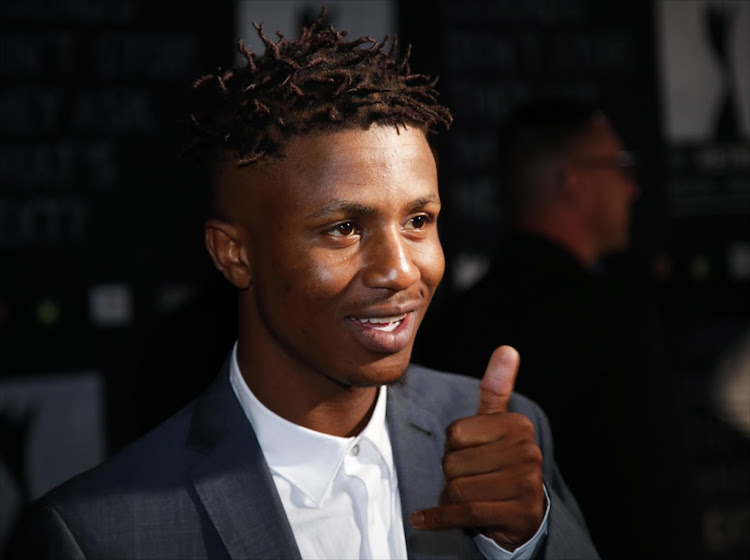 Emtee has settled his differences with Cassper.
Image: Rogan Ward

Rappers Emtee and Cassper Nyovest have buried the hatchet after the Doc Shebeleza hitmaker apologised for laughing at Emtee a few weeks ago.

The rappers got embroiled in a nasty spat after screenshots of Emtee's manhood went viral on social media, and Cassper made a joke about the fiasco.

Emtee told TshisaLIVE that they had bumped into each other on a flight this past weekend and decided to speak about the animosity between them.

The Roll Up rapper said he was grateful that Cassper had owned up to his mistakes and approached him to apologise.

"I am glad that it happened like it did (on a flight together) because I was waiting for an apology and I wasn't going to chase after it. We spoke about how I felt he had disrespected me by making jokes at my expense and he apologised. I respect him for that," Emtee said.

Emtee said he was left hurt that Cassper of all people poked fun at him.

"It wasn't about what was said, it was who said it and why he said it then. I didn't give a damn about what people were saying about me but when Cassper jumped on the bandwagon to bring up the issue again when it was just about dead was not cool. It hurt that it came from him, of all people."

Taking to social media over the weekend, Cassper told his followers that he made peace with Emtee and apologised.

Met Emtee today & we talked shit out & shook hands. Not to say it’s back to being buddies or working together but I apologized for laughing at him when he was going through a low and I didn’t think it was as serious as it was. Sometimes we have insensitive moments and I’m sorry.

As rappers Cassper Nyovest and Emtee find themselves in the midst of a heated feud, some fans have suggested that the Doc Shebeleza rapper should ...
TshisaLIVE
4 years ago