Busiswa: 'I'm not a size 32 or the sexiest girl, but I'm breaking norms' 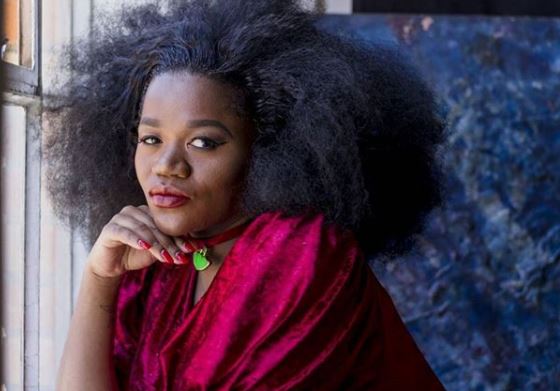 Musician Busiswa is on a mission to break industry norms.
Image: Via Instagram

Ever since breaking into the industry five years ago, musician Busiswa has been teased for her weight and told that she doesn't look like a typical music star, but the Lahla hitmaker says it is all part of the challenge of breaking industry norms.

Busiswa told TshisaLIVE that she received her fair share of hate from trolls on Twitter but still felt her biggest difficulty was in trying to change people's perceptions of what a superstar looked like.

"I haven't had a lot of negativity that has hit me hard or painful. It is just the normal trolling on Twitter. A difficulty that I still have is I am not a size 32. I am not the sexiest girl out there. I don't fit into all the designer clothes. I don't look like the model type that will wear shorts and shake my ass.

She said that she was grateful to her record label who recognised her talent and originality from the beginning and gave her a shot.

"Fortunately they weren't looking for a pop star. They were looking for someone who is original. Even the people of South Africa are not always looking for a Rihanna or the perfect girl, they are looking for originality and I have tons of that," she added.

The star has cemented her place in the music industry as one of the most talented vocalists in the country over the last five years but only recently released her debut album.

She explained that the delay was because she was nervous to release her "baby" to the world and kept changing things over the years until she felt it was solid enough to give to fans.

"I wanted to release something that showed me from all sides. Also, every year kept changing and I thought that I needed to change it (the sound of the album). Now I feel like there is a good balance. I was very nervous to release it because you never know how it will be received. It is like having a baby and introducing it to the world."

It was an interesting comparison to make given the fact that Busiswa is heavily pregnant and is currently on maternity leave.

"It was difficult to release the album when I am not able to tour or promote it. December is traditionally the busiest time for performances but I will be here waiting for the birth of my child and being a mother. And really, I wouldn't have it any other way."

Award-winning house duo Revolution had been working on several side projects in both music and TV production when fans came calling, looking for a ...
TshisaLIVE
4 years ago