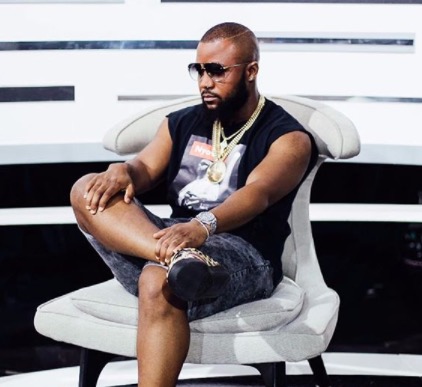 Cassper walked away with the Album of the Year, Hustler of the Year, Best Male, Best Video and Most Valuable Performer awards.

He was also honoured with a Milestone Award for his Fill Up Orlando Stadium show held late last year. The second in his series of stadium tours, Cassper managed to pull a near-capacity crowd for the show, making it one of the biggest hip-hop stadium shows in South African history.

Despite being the most nominated artist at this year's awards, with 17 in total,  rival AKA walked away with only the Best Collaboration award for his single 10 Fingers with Anatii.

Kwesta walked away with two awards, for Best Digital Sales and Song of the Year.

Nasty C boycotted the awards, as he believed the organisation did not "properly acknowledge" his success.

"We meet with all our artists before we submit their music. We spoke with Nasty C to ask him which of the categories he would feel comfortable submitting in and he told us that he would not like to participate in the awards at all.

"He felt that he had a massive year last year but he was not recognised for his achievements by the awards and he does not want that again. It was a peak year for him and for him to not be recognised concerned him,"  Mabala Noise spokesperson Sikhulile Nzuza told TshisaLIVE.

Nasty's boycott followed in the footsteps of K.O, who caused a stir by taking a stand against the awards three years ago.

Lyricist of the Year - YoungstaCPT

Hustler of the Year - Cassper Nyovest

Producer of the year - Gemini Major

DJ of the Year - Dj Speedsta

Ma-E: I took a knock over everything that happened at Cashtime

Mae- E went through a period of negativity and took a knock in confidence as he watched the Cashtime Life entertainment company he had helped build ...
TshisaLIVE
4 years ago

While rapper Cassper Nyovest went on a "mocking" spree aimed at DJ Maphorisa, who questioned his '10 million records sold' claims, on Twitter last ...
TshisaLIVE
4 years ago

Miss Universe Demi-Leigh Nel-Peters is all about ticking off things on her bucket list. She's eaten a famous slice of New York cheesecake and been to ...
TshisaLIVE
4 years ago

It was Twitter vs Scoop Makhathini when he 'attacked' Christianity

A tweet from presenter Siyabonga Ngwekazi, popularly known as Scoop Makhathini, sparked a heated debate with Christians on Twitter last night, after ...
TshisaLIVE
4 years ago