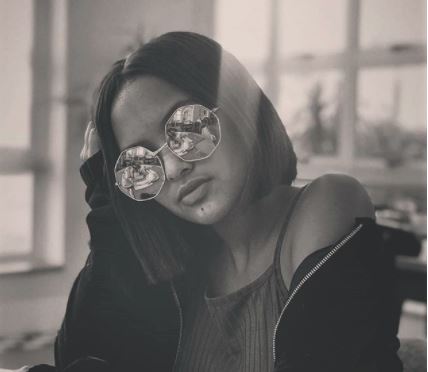 Paxton has a hectic year ahead.
Image: Via Instagram

Not only does Cape Town teenager Paxton Fielies have to navigate new fame and working on a new album, she also has to worry about passing matric and escaping the fade way fate that has trapped many past winners of Idols SA.

She told TshisaLIVE she wasn't worried she would disappear from the spotlight because she planned to work hard on her album, but admitted that with Grade 12 on the horizon, it may be a challenging task.

"Everyone has been having concerns that Idols (winners) always fade away. But I always respond and say that you can depend on the team but if you are not prepared to work hard, that's when you fade. Your determination will get you where you want to be. My goal is to go international and I won't stop until I am."

The 17-year-old said she was excited for all the doors that have opened since she clinched the coveted title in 2017. She explained that she had many gigs over the festive season and her single was well-received.

Paxton said she's been preparing herself for studio time for her debut album and she's working on a collaboration, which she's "really excited about".

Although she won't be heading back to her old school, Paxton was adamant that she wanted to matriculate this year with her friends.

"I know that I want to finish off school and we are busy looking into the best way to go about it. I would like to study music later, so I have to finish school. I really want a degree behind my name because I feel like it would just enhance me. It would add more value to me as an artist and I would be able to do things myself like producing music."

Rapper Cassper Nyovest was left shocked and confused on Thursday evening after a fan requested that he come "fertilize something" of hers.
TshisaLIVE
4 years ago

After being told to change her appearance to be more "celebrity like", actress Mona Monyane has some strong words about women being pressured to look ...
TshisaLIVE
4 years ago

Twitter welcomed polygamist Musa Mseleku and his four wives back to the small screen with open arms and are hoping that they will get answers to some ...
TshisaLIVE
4 years ago

This is a summarised version of Unathi Msengana's prayer as she prepares to embark on her biggest fitness journey yet and attempts to summit Mount ...
TshisaLIVE
4 years ago