Strings and Bling is here & we’re obsessed! Here are 5 reasons why! 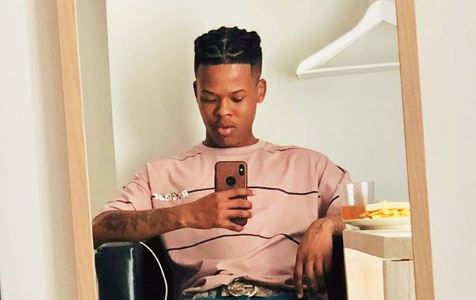 It's been one year, nine months, 13 days and some hours since Nasty C gave us his debut album Bad Hair and we can all agree that his latest work has been well worth the wait!

In that time Nasty gave us tours and singles and had his fans worried when his laptop was stolen, which allegedly had some of the work that was meant for his sophomore album. However, when he announced Strings and Bling and the track list a lil over a month ago, we could have never prepared for the fire it packed.

Strings and Bling is an artist expression worth your money and time.

Here's a few reasons why:

1. The production is on a level of its own. Quality on fleek.

2. Nasty stays true to his unique style of rap but also makes room for experimenting on other songs.

3. The maturity in his music is audible and the direction (particularly the dominant strings) is refreshing.

5. The album is personal and the lyrical content and creativity is a worth its weight in gold.

And, speaking of lyrics, here are a few quotes from some of the stand-out songs so far. Although choosing a stand-out has been tough... #justsaying

"Sometimes my heart feels safe when you hold, like you ain't the one who broke it"

I can't listen to the rest of the album because I'm stuck on SMA 😢😢 #StringsAndBling pic.twitter.com/Xo4VoKJcR5

We are all here for the vibe here!

"Somebody should've told me being human needed practice too."

“I know betrayal like I know my siblings” pic.twitter.com/412B3GYK4Z

"FYI I know gals that love me more than their own bodies, that's for me to know and their men to know they are sloppy"

"Since high school I refused to starve. The high was easy, school was hard" #StringsAndBling @Nasty_CSA Casanova is outta this world pic.twitter.com/8rIcMwyst5

L-Tido has signed to Universal Music, after ten years of being an independent artist and he shared that it took over five months to negotiate to ...
TshisaLIVE
3 years ago

IN MEMES | Cheaters SA? Here... in Mzansi guys? This will NOT end well!

If the show did come to life it would be lit AF.
TshisaLIVE
3 years ago

Skolopad said she wasn't giving up what she already has, she just wasn't willing to be heartbroken by dreams that might not happen.
TshisaLIVE
3 years ago

IN MEMES: It's Jerry's task force vs Diamond, Twitter's only rooting for 1

It seems Jerry may have met his match in Diamond as far as villains go... will Vee be saved?
TshisaLIVE
3 years ago