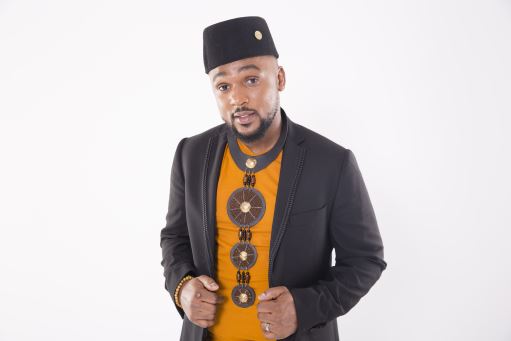 Nathi Mankayi says his mother tongue is a huge part of his identity.
Image: Supplied

Ever since afro-soul singer, Nathi Mankayi entered the industry he made a firm decision to conduct all media interviews, as well as, communicate only in isiXhosa because it allows him to express himself more freely.

During an interview with TshisaLIVE, Nathi explained that even though he understood English like most Africans, but chose not to pretend to be someone else.

"People will never not love because they don't understand the language you speak. They hardly ever care about that. So when I got into the industry, I immediately decided that I was not going to pretend to be someone I am not.

"I grew up in a place where we spoke isiXhosa. Yes, I was taught English at school but I speak isiXhosa. It is who I am. So I couldn't get here and let go of the Nathi that I am just because I was now on TV or radio."

Nathi's die-hard fans may have realised this interesting fact about him through his television and radio interviews. However, the artist said he's found that his fan base consisted of people from all kinds of backgrounds and native languages.

Nathi compared his decision to that of celebrated athletes and soccer players, like Messi, who despite global fame still communicated only in their home languages. Nathi added that speaking his mother tongue took nothing away from his skills and talent.

"People will always connect with you, sometimes even on a deeper level, when you remain true to who you are. For me, people connect with me through my music, which is what glues us together, so they don't really care what language I use to communicate in interviews. I think that's because even if they didn't understand a thing I said, they understand the music."

The Nomvula hitmaker said he was lucky because as far as music was concerned, the language didn't matter because the message was often universal anyway.

He explained that even in his upcoming album, Iphupha Labantu, he would use his mother tongue. He added that the isiXhosa language was an art by itself and it enhanced his music.

The battle for Sunday night's 8pm slot is real: #Emoyeni vs #TheHerd

The competition between the two drama series is stiff.
TshisaLIVE
3 years ago