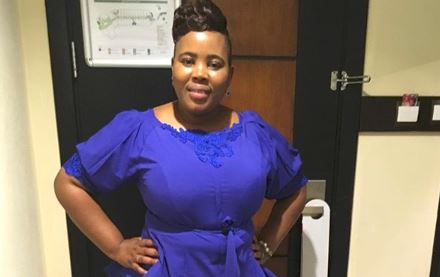 Lebo Sekgobela says she never put expectations of how people will react to her songs.
Image: Instagram/lebo Sekgobela

The curse of having a song like Lion Of Judah that unexpectedly blows up and becomes a national anthem is that all other songs that follow have to be just as good if not better but that is not how Lebo Sekgobela sees it.

In an interview with TshisaLIVE the gospel singer explained that she never placed expectations on her music because the greatest lesson she learnt from Lion Of Judah is that God will always shock you.

"For me I don't see any pressure I see it like this. If people know that you are a good cook the most important thing is that they will always be willing to taste your food no matter what is on the menu that day.

"The thing is I didn't even know that the song would do what it did. Even now I don't know how well this album plans on doing and it is not up to me. I gave all God had given me to give, the rest is on him and people that will let the words and songs minister in their lives"

For Lebo the success of Lion Of Judah wasn't something she could have anticipated and now that she has a new album out, she won't fall into the trap of comparing her music with her previous album.

Umusa, a double disc album was released in August. It was recorded live at Rhema Bible Church in March and has 20 tracks that carry the momentum she enjoyed from the release of Restored, her previous album.

"It has been doing very well on the music charts. I have been amazed by well the album has been received. I'll admit that I haven't checked for gold or platinum status of the CD. I've just been excited that people were buying the album. The only thing I would like this album to do, maybe even better than Restored, is just for it to touch more lives.

Not only has Lion Of Judah broken boundaries by being played across different radio stations, TV channels, corporate events, taverns and even at bashes but it has placed Lebo in a position where she has multiple platforms to worship God.

A rare thing for gospel artists, who are usually boxed in and limited to their own concerts and church.

Lebo will be joining the likes of Brandy, Kelly Khumalo, Zonke and many others at the Divas Concert during Macufe. She shared her excitement with TshisaLIVE.

"To share the stage with women who are so talented and to be able to minister to such a crowd is something only God can give you and I am so grateful to be part of that lineup."

Kelly Khumalo: I'm in the Jehovah season, that is my superpower!

Nothing can touch Kelly Khumalo right now and she explains that it's all thanks to Jehovah season.
TshisaLIVE
3 years ago