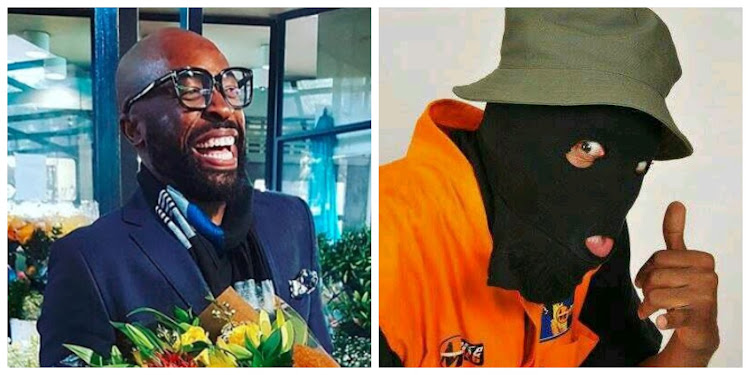 Twitter's reaction to Mzekezeke and DJ Sbu "teaming up" to open a record label is hilarious.

DJ Sbu gave TshisaLIVE the 411 on the mega deal.

"As far as music goes, I will be giving more details out as time goes by but I am putting together a brand new record label where I am partnering up with Mzekezeke. That label is called Mzekezeke Music. The company is registered and the first song we released under it was my song with Portia just a few days ago," said DJ Sbu.

Twitter was just amazed by the news that DJ Sbu, who has long been suspected to be the face hiding behind a mask as Mzekezeke is now going to be "working" with the Guqa Ngamadolo hitmaker as co-owners of a company.

"Isn't that just like Connie Ferguson and Karabo Moroka getting into a partnership?" tweeps asked.

However, like he's been denying for the last decade or so DJ Sbu maintains that he ain't Mzekezeke.

We've thought about it fam... there really is no way to prove that DJ Sbu and  Mzekezeke are the same person.

Firstly, anyone can be under that mask. So if for example you want both Sbu and Mzekezeke to appear on TV together or do interviews together, Mzekezeke of Monday and Mzekezeke of Tuesday can even be two different people and we would never know.

Secondly, while we could always bank on how they sound some people are really good at impersonations so that's out too.

Fam, we can't even say we'll monitor the body and height because those orange overalls mask everything. You ca't even tell if the dude has a six pack that looks like the guy wakes up at 4 am to gym or nah.

Just gotta hand it to the creator of Mzekezeke.... He/she is a GENIUS!

Can Dj Sbu interview Mzekezeke I wanna see something 😏🤔 https://t.co/4qJc5qDFxx

Dj Sbu you can't fool SA again we all know u were that Mzekezeke guy hiding in a musk😂 pic.twitter.com/ERIAUlNxNc

The father and son duo said they've brought out the best in each other.
TshisaLIVE
3 years ago

Big dawg says that he is not interested in being paid with exposure.
TshisaLIVE
3 years ago

Scandal!'s Mapaseka on slay queens: I still don't know what they are or do