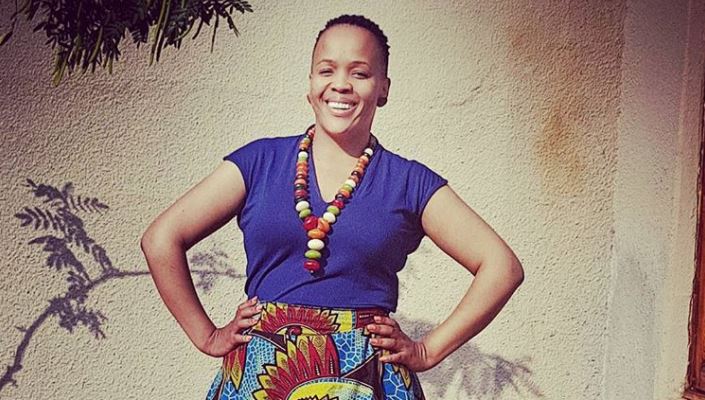 Tumi Morake says her experiences on OPW were some of the most difficult in her career.
Image: Via Tumi Morake's Instagram

Comedian Tumi Morake has reflected on being "humiliated" over her weight during her time as Our Perfect Wedding host.

In an extract from her new book And Then Mama Said...Tumi opened up about her experience on the show, explaining how she first took the gig because it genuinely excited her and that it had the potential to bring numbers to her stand-up comedy shows.

"It looked like I was winning at life. What I went through on OPW however, would prove to be worse than any treatment I had ever received at the hands of my male counterparts in the industry. As a comedian, writer and MC I had never been told that my weight was an issue. It only ever cropped up on social media or at family gatherings, but never quite as humiliatingly as it did when I presented this show," a portion of the book read.

The star said she prepared herself for the black Twitter mob but did not know she had "a whole battle" ahead of her in the production house itself.

"Preposterous comments flew back and forth between the execs and production about my body and the intense work that needed to go into hiding my big belly. I heard things like, ‘But we need to cover that stomach' and ‘Her stomach is a problem.’ I knew I was quite heavy after having my baby but this felt unnecessary."

Tumi claimed that even her natural hair came under fire and after everyone left she broke down.

"One of the cast members was next door and overheard the entire exchange. When everyone had left, she came in and hugged me. She was shocked at how I had been spoken to and could not believe how gracious I had been. I felt like a toddler who’d fallen down.

"As a parent, if you say nothing and just look away the toddler tends to just get up, decide it wasn’t so bad and gets on with life. But if you react and rush to fix the booboo, they realise it hurts and they start wailing. My cast member had pointed at my booboo and it hurt. I swallowed the tears."

Tumi said she made it her goal to be the best host the show ever had so that they would remember her long after she had left.

"I left the show after two seasons and there was an overwhelming demand for my return. I felt like I had won. My worth had been taken into account and nothing they threw at me could break me."

And Then Mama Said... is available in stores now.

Here are five revelations from a chapter on the issues.
TshisaLIVE
3 years ago