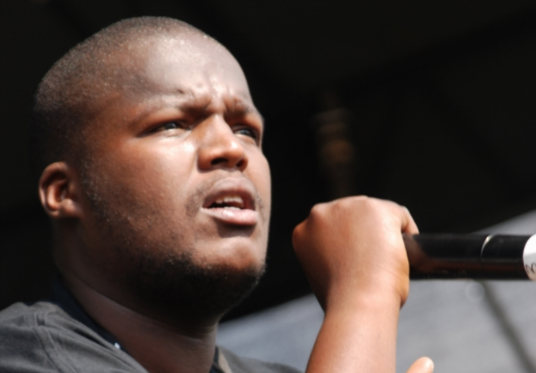 Musician HHP was working on several musical projects before his death on Wednesday, including tracks with some of the biggest artists in the country.

The star, who died at his home in Johannesburg had just two weeks ago dropped a new EP called Feels Good to Be Back.

"One more time for the victory lap. Thank God, it feels good to be back," he declared on the first track of the album.

HHP shared his relief in being able to do what he loved most- release music.

Since the hip-hop star's death, several artists have come forward to pay tribute to him and revealed that they worked with him before his death.

Despite HHP once claiming on Twitter that he had been snubbed by AKA when he approached him for a collaboration, the Supa Mega took to Twitter in the hours after Jabba's death to share his relief over having worked with the star.

"I'm happy I got to jump on one last record a few months ago with Jabba before it was too late. I wonder if it will ever be released," he wrote, beside a heart emoji.

Prince Kaybee was another musician who was devastated by HHP's death.

The Charlotte hitmaker paid tribute to the motswako star on Twitter and revealed that he had just recently sent him a beat.

Right after I sent you a beat😭😭😭

R&B US star Raheem DeVaughn announced earlier this year that he was so impressed with HHP that he wanted to do an entire musical project with him.

He took to Twitter to announce a joint album between the two artists.

Yes my brothers and sisters the rumors are true me & my brother @HipHopPantsula_ have agreed to do a album together more details TBA. 🇿🇦 x 🇨🇲 x 🇬🇼 x 🇺🇸

Eight months later the project has not been released.

But the star did take to social media on Wednesday to pay tribute to his close friend after hearing of his death.

HHP gave several young producers and artists, including Cassper Nyovest, Khuli Chana and Hugo Flash a platform to show their talent and break into the industry.

According to musician Jovislash, HHP spoke to several people in the industry about starting a music academy.

A dream that he was never able to fulfill.

"He said that there is nothing that anyone can say to get through to someone struggling with depression," HHP said.
TshisaLIVE
3 years ago

Mzansi is in mourning...
TshisaLIVE
3 years ago