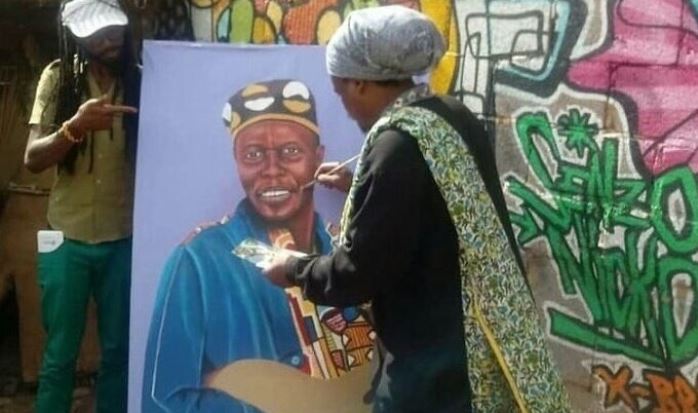 A fake Twitter account in 'funeral artist' Rasta's name has been causing all kinds of havoc and saying the most outrageous things, upsetting the real Rasta.

The account had the social media streets in a tizz this week when it claimed that Rasta was swapping his paintings for body art as a tattoo artist.

I now do tattoo's.

The general consensus was that he should leave us all in peace and never get into the tattoo business.

But sorry for y'all that were genuinely excited by the prospect because the artist says it's not true.

"Someone has opened a Twitter account in my name and people are following that guy. I have no idea who he is but he's using my identity and my pictures and saying things like I'm now doing tattoos but it's not me. I am not on Twitter."

The infamous painter had peeps talking both sides of the SA-Zim border.
TshisaLIVE
3 years ago

Rasta said he's been trying to get rid of the account but hasn't had much success. He also fears that the fake account will increase the criticism against him and affect his livelihood.

"People don't realise that art is may livelihood. It is how I put food on my table and also what fuels my soul. I know people have said both good and bad about my paintings but like I've said, I don't do what I do for reactions. It's my passion."

But fans just want her to be on time.
TshisaLIVE
3 years ago

Emtee: I can’t count how many times I almost died in my life

Emtee said he was tired of disappointing his loved ones.
TshisaLIVE
3 years ago