Sbahle on wedding plans with Itu: I am married to myself 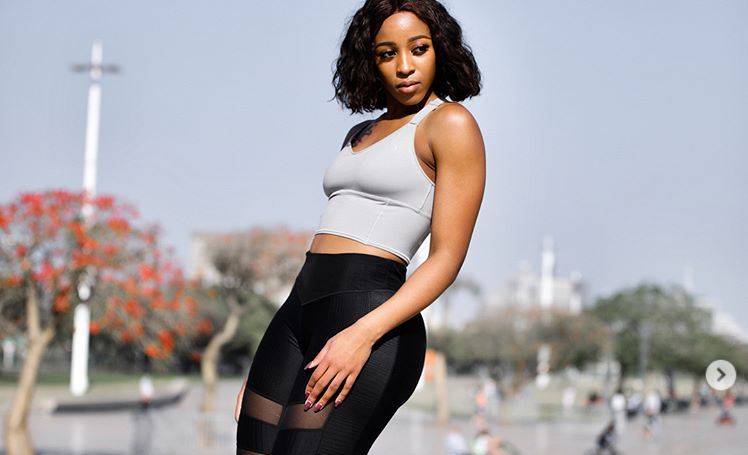 Fitness fundi Sbahle Mpisane has broken her silence on her relationship with Bafana Bafana goalkeeper Itumeleng Khune, telling fans that she is only focused on herself and recovering from her horror car crash.

The pair have not posted about each other for over a month, leading some jittery fans to think that there might be trouble in paradise.

The couple took a break in 2017 before getting back together several months later. Now fans are concerned that the same thing might be happening and have left messages on Sbahle's social media pages.

One fans asked her on Monday whether she was still planning to marry "Africa's number one".

"Are you going to marry Itu this time or you'll dump him again? Curious nje," the fan wrote.

Sbahle responded by telling the fan that since coming out of a coma she has only been looking out for herself.

She also shut down any wedding bells, claiming she is married to herself.

"Since coming out of a coma my focus has been 100% on my wellness and recovery. So yeah, I am married to myself," she wrote.

Sbahle was rushed to ICU in August last year after she lost control of her BMW and crashed into a tree in Durban. She was in hospital for over two months.

Itu consistently posted about his queen, wishing her a speedy recovery while she was in a coma.

Sbahle Mpisane encourages her man Itu Khune to keep his head up.
TshisaLIVE
2 years ago

Sbahle is grateful for her mom's constant support.
TshisaLIVE
2 years ago

Sbahle Mpisane is allegedly being 'mentally tormented by a stalker'

Sbahle just wants to recover in peace.
TshisaLIVE
2 years ago

Sbahle Mpisane: After waking up from my coma I was in so much pain

Sbahle Mpisane is grateful for the faith her family and friends had in her.
TshisaLIVE
2 years ago