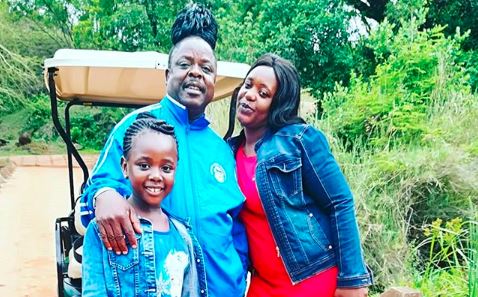 Tsonga disco legend Papa Penny is going to be a father again, this time to a baby boy he plans to name after himself.
Image: Instagram/Papa Penny

Reality TV star Papa Penny and his wife are ready to welcome their unborn son, who will be their second child together and Papa Penny's 25th child.

The legendary Tsonga disco musician took to social media this week to share the exciting news and reveal that the couple have already chosen a name for the child.

He'll be named after his father's nickname, Penny Penny.

"He is child number 25. We are expecting a baby boy and his name is Penny Penny. Yes, it is my nickname but I have made something great out of and I've always wanted to see it on an ID. So now my son will have that name."

Papa Penny said it was only a matter of weeks before he meets his unborn child and he was eternally grateful to his wife, mama Nomi. He went on to applaud her strength and praised her for how she has raised their daughter Nomi.

He said the couple won't stop having kids while he still has the energy.

"I'm very happy. This also shows that I'm still energetic. It is great because I still want so many children. I'm grateful to my wife because we share the same goal. She wants to make me a village as well. We can't wait for his arrival. My wife is almost eight months now."

Papa Penny will return to TV screens later this year on the third season of his reality show Papa Penny Ahee.

While he didn't spill the tea on what fans can expect, he did promise it will be the best season yet!

Penny and other famous faces have weighed in on the situation.
TshisaLIVE
3 years ago

But, guys, America is soooo far.
TshisaLIVE
3 years ago

'Mvelo Makhanya did not have to make a tearful plea for us to know that the cruel remarks about her were hurtful,' Florence Masebe said.
TshisaLIVE
3 years ago

Petronella won't rob herself of fame just because of her madam's 'jealousy!'
TshisaLIVE
3 years ago