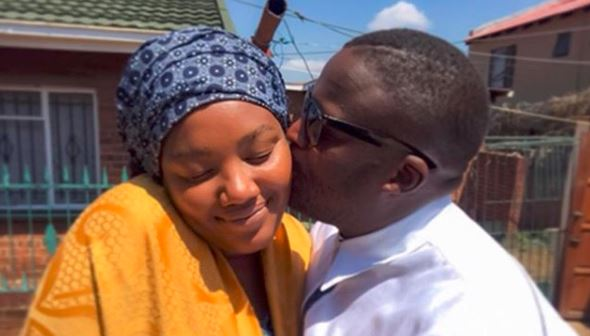 Lerato Sengadi spoke out on objections to her collecting HHP's Lifetime Achievement Award at the Samas this weekend.
Image: Lerato Sengadi via Instagram

HHP's widow Lerato Sengadi has come out strongly to set the record straight after the late hip-hop star's former business partner accused her of trying to use his death for publicity.

The claims came after Lerato announced that she was proud to accept the Lifetime Achievement Award, which HHP will be honoured with at this year's Samas.

HHP will become the youngest recipient of a Lifetime Achievement Award at the music awards this weekend.

Last week Seabelo Modibe, who was HHP's business partner at Lekoko Entertainment, told Sunday World that he objected to Lerato receiving the award on the rapper's behalf because she was allegedly not his wife and had apparently not informed him nor the rapper's family.

Lerato hit back at the accusations in a statement on Tuesday, where she claimed she had applied to the Samas and the Recording Industry of SA (Risa) as Tsambo's customary wife.

"On March 21 2019, I, as Jabba's customary wife, applied and submitted all the relevant paperwork to the SA Music Awards and Risa for the opportunity that Jabba may be considered for the Lifetime Achievement Award. On May 10 2019 I was informed by e-mail that Jabba would be honoured with this prestigious award. I am in possession of the e-mail sent to me, as well as the official acceptance letter," she said in part of the statement.

Lerato also claimed to have e-mailed HHP's mother Theriso and requested that the rapper's son Leano join her in accepting the award.

She went on to slam Seabelo for trying to dampen this celebratory occasion.

"This award is to further cement Jabba's icon status within the music and entertainment industry, and it is unfortunate that Mr Modibe would use such a celebratory occasion to mare Jabba's illustrious career as well as villainise myself," the statement reads in part.

The statement was shared widely with many celebs, including Manaka Ranaka, Kelly Khumalo, Ms Cosmo, Dineo Ranaka and Simz Ngema sharing their support for Lerato and encouraging their followers to stand behind her.

Our dearest @leratolicious1... One day the dust will settle friend. It will. 🌹❤️

"I am a bag of emotions but mostly I am beaming at my King’s accomplishments & bravery," Lerato wrote.
TshisaLIVE
3 years ago

The 25th South African Music Awards will celebrate TKZee, Mango Groove and the late HHP for their contribution to telling the South African story ...
TshisaLIVE
3 years ago

Rapper HHP has penned a lengthy response to criticism about his lacklustre hosting skills which were on full display at the South African Music ...
TshisaLIVE
7 years ago