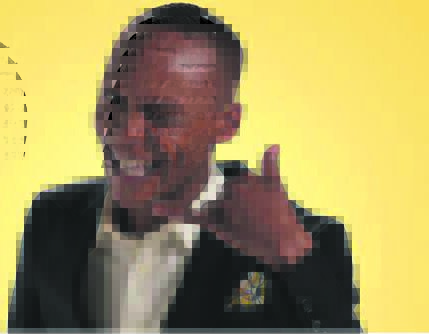 Caster Semenya was not the only South African whose running left everyone in their dust on Sunday. Moss Makwati set a new land speed record on the latest episode of Moja Love's reality show, Uyajola.

It was Moss' turn to take the reins on the show from fan favourite Jub Jub Maarohanye and he immediately caught tweeps' attention when he bolted to keep up with a person he was confronting on Uyajola, which is based on the US series, Cheaters.

Viewers suggested he run in the Olympics for SA or even take on Usain Bolt in a foot race through ekasi.

Dude was also more extra than the side plate of chips, even looking under the bed for someone on the show.

Fans thought Jub Jub was spicy and a good fit for the series, but soon they were crowning Moss the king for his FBI skills.

They made their thoughts known on social media through hilarious memes and jokes about Sunday night's episode.

Moss is EXTRA😂😂😂😂😂 they even look under the bed#Uyajola99#Uyajola pic.twitter.com/ZE7Oo1r3ph

Fans were here for the 'vulgar' host.
TshisaLIVE
2 years ago