AGAIN?! Rasta’s painting of Robert Mugabe is 'a huge moemish' 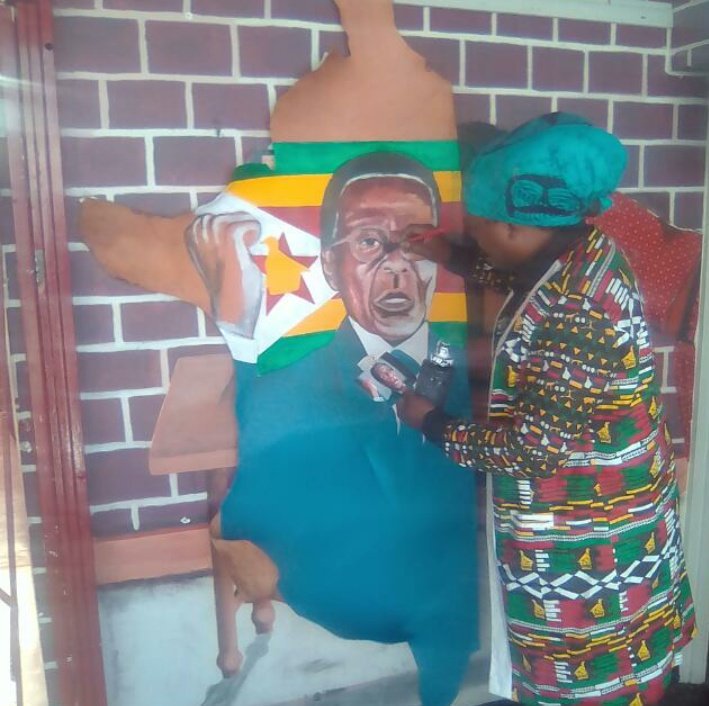 Rasta paints the late Robert Mugabe.
Image: Rasta/ Twitter
Yoh! Rasta is at it again, splitting social media with a painting of late Zimbabwean president Robert Mugabe.
Rasta is infamous for drawing “cringeworthy” portraits of well-known people soon after they die, and after Mugabe's death on September 6, many wondered how long it would take for Rasta to drop an artwork.

They didn't have to wait long.

Rasta drew a figure of Mugabe with his fist raised and the Zimbabwean flag in the background. But people weren't convinced that the person he drew looked like the late president.

Rasta has, in the past, painted well-known people such as President Cyril Ramaphosa, the late Zimbabwean musician Oliver Mtukudzi, and late rappers ProKid and HHP, among many others.

While some feel his artwork has improved, others think he should be painting nails.

Rasta I knew that is not Mugabe but the man himself Mangope pic.twitter.com/SgS1c4Fn0A

Rasta did you improve or it just that it easy to draw Mugabe? 🤔 pic.twitter.com/0BxSzIzoXT

Rasta, is this you? Or you have a ghost artist now? pic.twitter.com/4clqBSAWVg

Bra Rasta, your talents are multi-layered🙌🏾

When art escapes others, it has green tea with you.

You have successfully Madibafied uncle Bob🙌🏾

Mara Rasta that man looks like Mangope not Mugabe... or maybe my eyes are playing me😒 pic.twitter.com/lZ36C1qkA6

Rasta is definitely losing his roots ,I can't deal pic.twitter.com/kGpGjQ8Elj

IN QUOTES | Robert Mugabe gets glowing reviews at EFF memorial