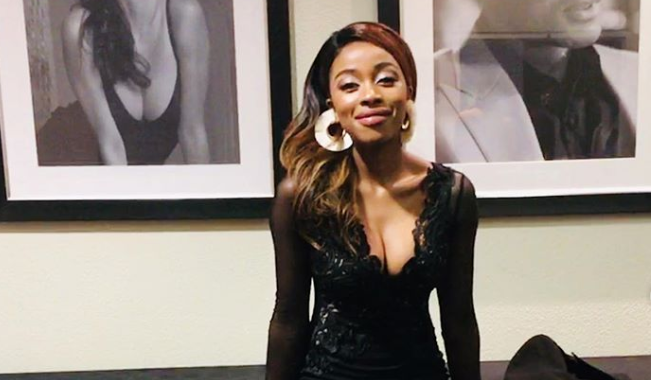 Scandal! actress Nqobile Khumalo is on cloud nine after being honoured at the New Vision International Film Festival (NVIFF) in Amsterdam, Netherlands recently.

The star, who plays the role of journalist Hlengiwe Twala on the popular e.tv soapie, bagged the Best African Actress award at the film festival for her part in a storyline about Black Tax last year.

In the storyline, Hlengiwe is under enormous stress to take care of her mother, sister and sister’s two children. Feeling the pressure, she takes on a huge loan that affects her personal and work life.

SA actor Pallance Dladla won the Best African Actor award at the festival for his role in the Netflix series Shadow.

Speaking to TshisaLIVE, Nqobile said the award meant a lot to her and reaffirmed to her that the world was watching.

She rubbed shoulders with people from around the world at the festival and said it helped her appreciate her talents more.

"For me, it was a confirmation that I am on the right path, that my dreams are valid. I also means there is an desire for African stories around the world. The world is watching us."

She said the story resonated with her, and called for people to be more compassionate and understanding about the burden it can have on others.

"It is sad that people work so hard and still it isn't enough. They work so hard and they just get by. We need to be kinder to each other, especially in the workplace, because you have no idea what another person is going through."

Scandal’s Andile: The industry is closed off for a lot of talent

'Scandal!' actress wants to break the stereotypes around Khelobedu dialect

Growing up, actress Mokokobale Makgopa was shy to speak her mother tongue, Khelobedu, out of fear of being isolated or seen as different.
Lifestyle
2 years ago

"It's not contagious, it's not painful," said the actor in a post marking World Vitiligo Day on Tuesday June 25.
TshisaLIVE
2 years ago