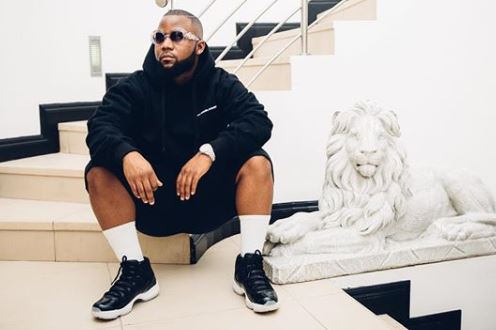 It's that time of the year again, when rappers catch feelings.

Cassper Nyovest has said SA hip-hop never loved him or any artist from Maftown. However, he told the nation to respect Nadia Nakai after the first part of a list of the year's hottest MCs was released on Wednesday.

The list, compiled by a panel for MTV Base, had Nakai at 10, K.O at nine, Riky Rick at eight, Shane Eagle at seven and Sho Madjozi at six.

Of course, not everyone was impressed.

Nadia's spot saw her trend on Twitter as angry fans brought slips to prove she had a killer 2019.

Her record label boss, Cassper, was fuming and took to Twitter to slam the list and all those hating on Nadia.

“Y'all never liked me or anybody from Maftown so crucify me all y'all want. I don't give a f*ck anyway. Imma do my sh*t anyway! But whatever ya do, give Nadia what is due to her! I can't stand the disrespect she gets from yall n*ggas! I hate yall n*ggas for that! Pathetic!” he wrote.

He said he sometimes wished she wasn't signed to him because she often inherited his beef and hate.

Sometimes i wish she wasn't signed to me. Cause she has to inherit mh beefs & hate. That girl works hard and she is always disrespected by the game. She created this fucking lane for female rappers & she's still at the top but because of me, they will never give her what is due. https://t.co/dXbMCbgmDB

Y'all never liked me or anybody from Maftown so crucify me all y'all want, i dont give a fuck anyway. Ima do my shit anyway! But whatever ya do, give Nadia what is due to her!!! I can't stand the disrespect she gets from yall niggas!!! I hate yall niggas for that!!! Pathetic!!!

Baby girl!!! Ima ride with you until until. Keep your head down and keep working!!! It'll all come together in the end!!! They gone respect your work in the end!!! I'm a fan and i see what you've done for femcees & SA Hip Hop as a whole. You'rea fucking legend .@Nadia_nakai !!!

Cassper said the list was to get people talking, but he wasn't going to play their games. He added that it was not based on truth, but preference.

Some of this shit is for talkability and ratings. They want us to get pissed off & talk. I can already tell what's gonna happen next so ima mize. But for Nadia!!! I will always fight cause that girl works her ass off & she always gets disrespected!!! To my fans, tomorrow we mize.

I will always fight for her!!! She works hard!!! She's dope and she's been doing it for the females!!!! She created a lane when there wasnt one!!!! She doesn't get the credit she deserves!!!! I'll always vouch for her. Im a fan too.. https://t.co/ldx3WIZf8p

I will always fight for her!!! She works hard!!! She's dope and she's been doing it for the females!!!! She created a lane when there wasnt one!!!! She doesn't get the credit she deserves!!!! I'll always vouch for her. Im a fan too.. https://t.co/ldx3WIZf8p

Nadia was also frustrated by her placement, saying there were people on the list who had done half of what she had and were higher.

Again, LIKE I ain’t been doing shit, same place as last year? For real? there’s niggas on the list that really weren’t doing half as much as I did #NoCap... hmmmmm but if I say it, I’m hating... let me really log off RIGHT now... https://t.co/qlk3AbqfEv

Many were also shocked by Sho's place, saying she shouldn't be higher than Shane.

They questioned when Sho even became a rapper.

Coz I don’t say “yo” before I rap https://t.co/bYwKrQS2he

Others took exception to Riky being on the list, saying he had not done much this year.

Kwesta weighed in on all the drama, telling artists to put their heads down and work. He said he might not even make the list this year.

#MTVBaseHottestMc I actually might not deserve to be on this list at all. Let me tell you why tomorrow but for now, know this...

#MTVBaseHottestMc Every artist has been an award losing artist at an award show of sorts... A list is no different. 9, 6, 4, 1, 1... My positions since the lists' inception. Note the trajectory. Do that and uzobanyisa... Nose down, spaan phezulu.

#MTVBaseHottestMc Also, to the artists... We make the music(work) and put it out to the world so it can be loved, hated and/or fairly critiqued BY THE WORLD! So let that happen and then.... nose down, spaan phezulu. See y'all 2020.

As the nation prepares to go to war on Thursday night, when the top five MCs are announced, here's a small flashback of AKA telling MTV he doesn't want to be on its list.

AKA was dripping in sarcasm as he threw shade at iFani.
TshisaLIVE
2 years ago

Cassper promises the lights will stay on for #FillUpRoyalBafokeng

'My productions are always run with generators. We have never had a blackout. It's a world class concert!'
TshisaLIVE
2 years ago