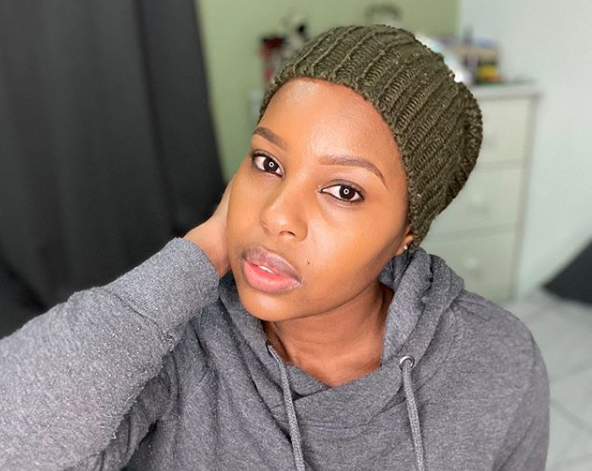 Skeem Saam actress Mogau Motlhatswi split her fans' opinions recently when she shared a very unpopular opinion in the midst of men being slammed under hashtags including #MenAreTrash as South Africa battles with gender-based violence (GBV).

The actress, who plays Mapitsi in the popular SABC 1 soapie, took to her social media platforms to say that while she was in no way undermining other people's opinions on the sensitive matter, hers was that not all men deserve the blame.

In a few tweets she later reposted on Insta, Mogau said it was the "system" that intended to turn black women against black men. She cautioned black women not to disregard all black men as they fought off evil men.

After attracting some backlash, Mogau explain what informed her view.

"To be clear, no, this does not mean I think there is any excuse for a man, especially a black man (because I expect greatness from black men) to harm a woman or a child in any way!

Magau said there was a war against black love, particularly the healthy, thriving kind. She pleaded with people not to let all the bad bury the good men who exist.

"There is a silent war against black women and black men being in happy and healthy relationships, in safe relationships. All I ask is that you remind the good black men around your that you know they are not the predators, but also tell them how they can help. The good ones will listen and soon they will have the strength and courage to do more for other women outside of their circles. Don’t get too angry with them when they don’t understand our struggles, but keep trying and telling them how they can help. Black people won’t win any fight without each other. Let’s start reminding ourselves of that cold fact."

How do you squeeze the toothpaste?
TshisaLIVE
3 years ago