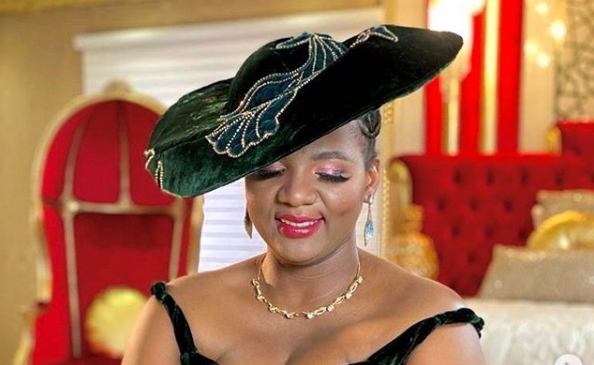 Wealthy businesswoman and Somizi's friend, Shauwn Mkhize, has shared that his mother's recent death has reminded her of a profound lesson, and she encouraged her followers to keep the lesson for themselves.

Somizi's mother, the legendary actress Mary Twala, died on July 4 and was buried on Thursday at a funeral adhering to Covid-19 regulations, with mourners restricted to no more than 50 people. Shauwn was one of the close friends selected to be present.

The reality star took to her Instagram to send condolences to her friend after the funeral, and shared the words from Somizi's speech that gave her food for thought.

"What a graceful, respectable farewell ceremony. Somizi, my friend, you did well. Your words today were very profound and so real it has touched me. Some of the things we take for granted without realising the impact," she said.

Shauwn said she believes Mam' Mary was a powerful ancestor who would help Somizi reach even greater heights from the spiritual realm.

"I believe you will shine even more and will be unstoppable because of your new additional powerful powers that look after you, and your new angel. Be strong. I love you.

"I still don’t know which is the better time to lose your parents - when you are young and have no understanding or when you are older."

Check out some of the videos and snaps Shauwn shared from Mary's funeral.

It took me so long to be this happy: Shauwn Mkhize

A quick glance at Kwa Mam'Mkhize's Instagram account, where she appears dripping in Louis Vuitton, Gucci and Fendi, can just as easily prompt an ...
Lifestyle
1 year ago

"I am really feeling the pain about the price increases, but I understand where they are coming from."
TshisaLIVE
1 year ago

Imagine being that rich and still treating people with kindness.
TshisaLIVE
2 years ago

IN PICS | From a 'coronavirus gas mask' to a fake baby bump: All the looks from #DSTVMVCA

All roads led to the Ticketpro Dome in Northgate, Johannesburg on Saturday evening as some of the biggest stars in the country hit the Mzansi ...
TshisaLIVE
2 years ago