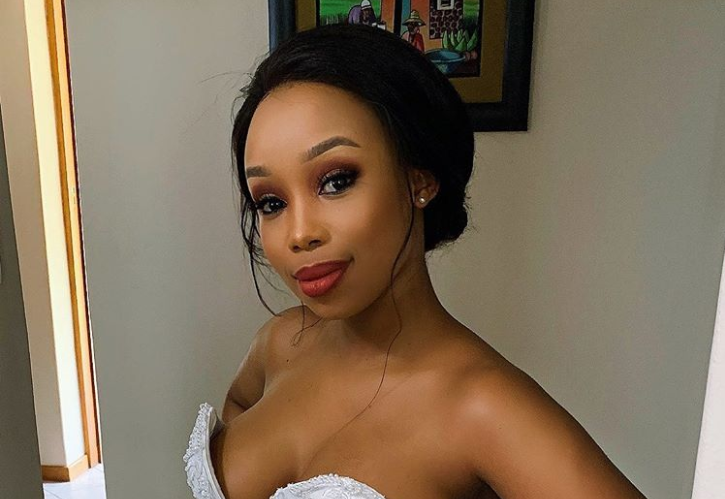 Sometimes having a generous heart can backfire. This is what actress and media personality Candice Modiselle had to learn the hard way.

While the spirit of giving is quite common among our celebrities such as Boity, Bonang, Somizi and many others, Candice realised how a family was taking advantage of her generosity.

As her way of practising kindness, the actress soon found herself on the receiving end of a bad experience.

Candice shared her story after plus-size model Thick Leeyonce revealed on Twitter that a complete stranger just asked her for a R7,000 loan.

Giving her two cents on Leeyonce's plea for people to stop asking her for money, Candice spoke out about the level of entitlement and expectations people had which was so upsetting.

“I recently assisted this family but eventually had to block the guy I was communicating with. Sent them money for electricity and groceries.

“Three days later he told me 'Thank you, but it wasn’t enough cause we’re behind on rent. Please send more'".

The entitlement is upsetting. I recently assisted this family but eventually had to block the guy I was communicating with. Sent them money for electricity & groceries. 3 days later he told me “Thank you, but it wasn’t enough ‘cause we’re behind on rent. Please send more” 🥴😔 https://t.co/q4BSU9JTfk

She added how she had to make sure whether indeed the family was in desperate need of money, however she had to stop assisting them as they took advantage of her kindness.

“I’m always reminded the hard way that givers need to set boundaries because takers often don’t,” she wrote in her tweet.

Candice then revealed that what made her stop assisting entirely was when the guy started to stalk her which led to her blocking him.

The final straw was when he would DM me literally every hour and spam my posts in the comments. I explained to him that he’s not the only family in need and I’m committed to helping as many as possible. He claimed he understood, only to continue asking. Ended up blocking him 🥺

"Welcome to the other side, the unapologetic side of life. Brace yourself for the dirty 30s," Refilwe wished sister Bontle
TshisaLIVE
1 year ago

"Many are projecting or fishing for clout. It’s sad really."
TshisaLIVE
1 year ago

"Don’t forget that for many, it’s employment, not just some frivolous piece of entertainment you no longer enjoy," she said.
TshisaLIVE
2 years ago