Khune & his wifey celebrate their anniversary: 'Three years of loving each other, forever to go!' 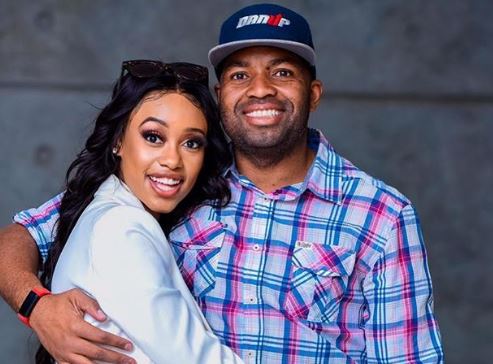 Since tying the knot three years ago, Itumeleng Khune and his wife Sphelele are still serving some serious relationship goals.

The wife to the Bafana Bafana goalkeeper took to Instagram to wish her hubby a happy third anniversary.

She shared a few snaps of their lobola day to which she wrote a caption saying, “Three years of loving each other down, Forever to go. Happy Anniversary my love.”

Though he didn't share anything on his social media, Itu took to his wife's comment section and replied, “Here’s to more years wifey.”

In January, Sphelele took to social media and bashed haters who said she and Itu wouldn’t last six months.

She weighed in on a social media conversation about their romance by explaining that she prefers to keep quiet and watch her haters make fools of themselves.

“We are quietly watching them. They said 'it won't last, I am giving them six months', but look at us now, married and expecting,” she replied on her Instagram Stories.

Her comments came after she told a follower that she was not fazed by those who claimed her bae would soon dribble her.

“I didn’t and still don’t give a damn about what they had to say, Yaz! Busy bashing other people’s relationships kodwa no-one judges their sad relationships,” she wrote.

The footballer has also previously slammed those who criticised his relationship with Sphelele, saying it was his life and his decisions.

“Can I live my life in peace please,” he added.

As he asked to “live in peace”, in March, Amogelang's parents chose to spend quality time during the 21 days of lockdown before it got extended.

They decided to turn their time indoors into “fun family time” with their little princess.

WATCH | Here's how Itu Khune and Sphelele are getting through lockdown

Itu and Sphelele have chosen to stay positive during this trying time.
TshisaLIVE
1 year ago

This is some hot stuff that Lasizwe is talking about.
TshisaLIVE
1 year ago