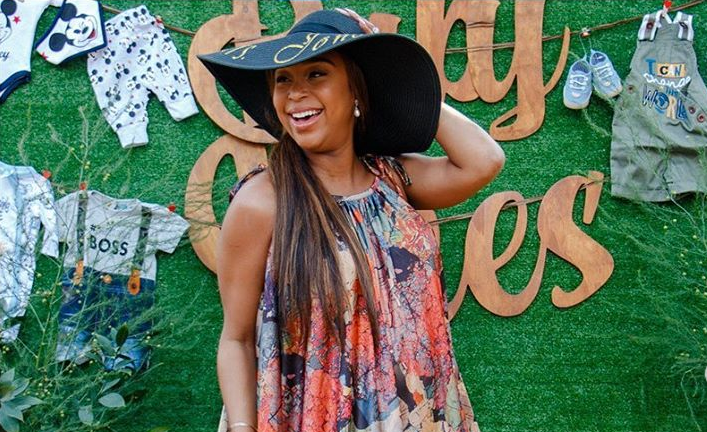 Imposters who create Instagram accounts for celebrities' babies — unprovoked — might have ruined it for all of Minnie Dlamini-Jones' fans who were hoping to get a glimpse of her baby soon.

After running into a parody Instagram account bearing her baby's name, Minnie took to her Instagram stories to announce to her fans that it was fake, and that because of that account and many like it, she would hold on to Makhosini's pictures a while longer.

“My child does not and will not have a social media account until I say so. Please don't follow fake account. I will not be posting any of his images as a result of this,” a seemingly annoyed Minnie said.

The fake account created to belong to “Netha Makhosini Jones” has the first picture Minnie shared of Makhosini as its profile picture, already follows 3,378 people and already has a whopping 150k followers! 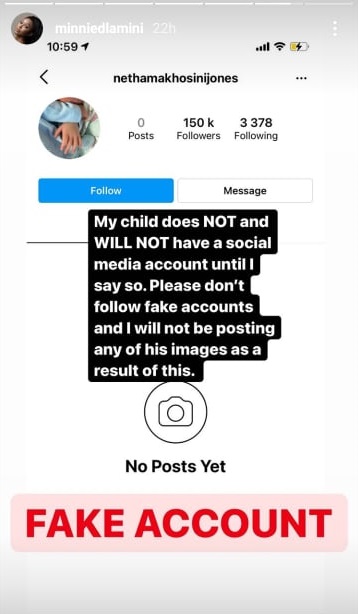 Minnie is not the first celebrity to have people take the liberty of creating an account for their baby. Rapper Cassper Nyovest and his baby mama Thobeka Majozi, aka Bex, went through the same thing.

Even though new dad Cassper Nyovest has told Mzansi he and baby mama Thobeka don't plan on sharing baby Khotso with the world yet, that didn't stop people from creating fake social media accounts for Simba.

Thobeka took to her Instagram Stories to urge her followers to report the two accounts under her son's name that were created by fans.

“We don't plan on putting the baby on social media, please report,” Thobeka told her followers.

Minnie Dlamini on Baby Jones nursery: 'I feel like I’m running out of time'

Whoop whoop! Baby Jones is on the way!
TshisaLIVE
1 year ago