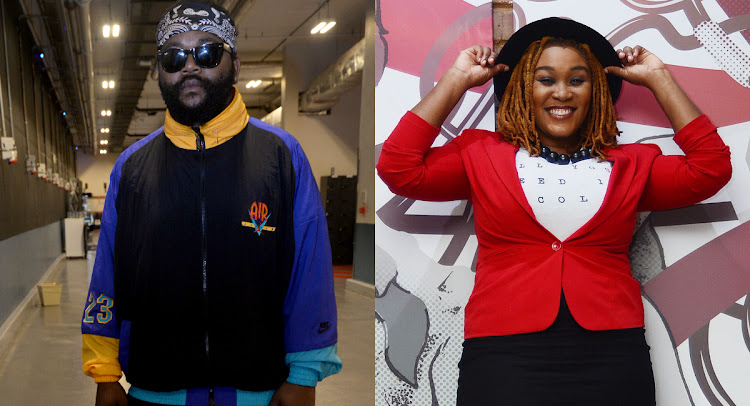 Mzansi has been split into two camps once more after news broke that the rape case singer Lady Zamar opened against musician and ex-boyfriend Sjava was thrown out of court by the National Prosecuting Authority (NPA).

On Monday night, Sowetan reported that the NPA threw out the rape case opened against Sjava on the grounds that they believed “the facts or evidence do not support a successful prosecution”.

When contacted by TshisaLIVE, Sjava's management said it had "no comment" on the case being thrown out of court.

Lady Zamar and her management also did not respond to TshisaLVE's request for comment at the time of publishing this article.

SA was initially shocked to learn that Sjava and Lady Zamar were in a two-year relationship when they confirmed their split. Soon after, it was confirmed that Lady Zamar had opened a case of rape against Sjava.

At the time she also penned a lengthy Twitter thread about the pain she had allegedly endured at the hands of an ex-boyfriend.

Responding to this, Sjava addressed abuse and assault allegations levelled against him, telling followers he had filed an application for the matter to be heard in the high court.

“As a final statement on this matter, I write to you as my colleagues, business partners, peers and supporters to inform you that I will not be engaging on matters of assault and abuse levelled against me on social media or any other platform.

“I have instituted legal proceedings in the high court of SA and as such the matter is now sub judice,” he said at the time.

The rape accusation cost Sjava work opportunities that forced him to release another statement, in the form of a video on his Instagram. In the video, the musician denied raping Lady Zamar once more and called for people not to prosecute him as it was affecting his livelihood.

Lady Zamar responded to the video statement and also took to Instagram where she remained adamant that she had been raped by the Xola musician and went on to detail what happened on that fateful night.

Lady Zamar: Imagine keeping quiet because your career depends on you not causing a scene!

"Sexual violations swept under the carpet for appearances or for careers. That’s our reality here."
TshisaLIVE
1 year ago

As news that the NPA had thrown the matter out of court spread on Tuesday morning fans flooded social media with reactions. Some felt Sjava could finally “move on” with his life, while others were just happy the court of public opinion would not criticise them for listening to his music.

This has been running for 3 yrs? Sjava's life has been disrupted for 36 months? The damage is severe , hope he has the courage to start working again. https://t.co/g0O5zwvjOj

So since Sjava had been found innocent are we going to cancel lady zama or only male artists get cancelled? pic.twitter.com/yM9FV0W8eo

Sjava is a very humble soul but because of what is happening in the society GBV,human trafficking and all that most people stood with Lady Zamar

But I'm glad that God fought for him through out,Sjava's case is thrown out.... pic.twitter.com/OUyHCuqhv3

Sjava must sue Lady Zamar for defarmation of character, the sad part Sjava was not booked during this false court process. pic.twitter.com/hq6RwCSpOn

There were — of course — insults directed at Lady Zamar all over the TL, along with people trying to make the hashtags #LadyZamarMustfall and #CancelLadyZamar trend.

However, there were others who still showed their support for her, with some going as far as saying the decision by NPA does not automatically mean the Collide singer falsely accused Sjava.

Read some of the reactions:

LLB Twitter when a case is thrown out of court does it mean the person is not guilty? Or there isn't enough proof to prosecute? Also does it mean Lady Zamar lied? Did the rape happen?

I think we should all understand that ruled out doesn't mean innocent but various reasons like insufficient evidence... Sizwe once said we must all try to learn and understand the law https://t.co/3ngd5jnzDR

Rapists come out of woodwork to defend the rape culture because of Sjava case
Just becoz case was struck out of court doesn't mean Lady Zamar was lying, it is hard to prove rape case unless condoms were not used and reported immediately. No wonder SA is Rape Capital Of The World

"The SABC can confirm that Sjava was on a limited storyline on 'Uzalo', which will conclude naturally."
TshisaLIVE
1 year ago

She and her ex Sjava were both on the line-up for the upcoming annual bash.
TshisaLIVE
2 years ago