The gogo has the most downloaded song in Mzansi right now! 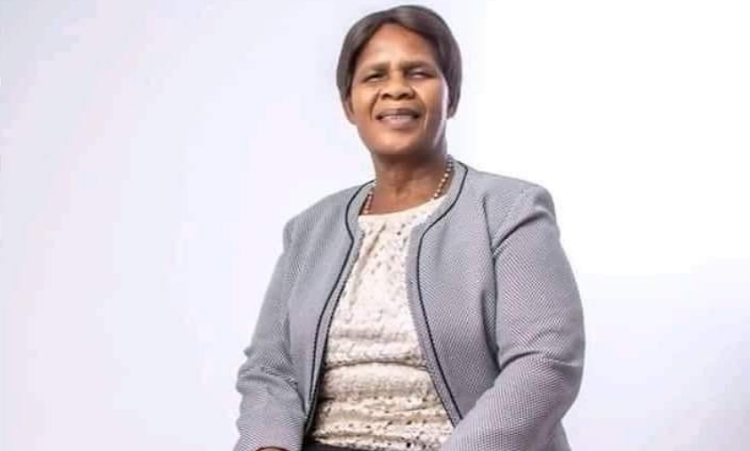 Amapiano artist and viral star Gee Six Five dropped a banger that tweeps have dubbed 'song of the year'.
Image: Via Twitter

Gee Six Five, the 65-year-old internet-made star, has been added to the list of totally unexpected things to come out of 2020 when she not only instantly went viral for her amapiano song, but made it to the top of the SA iTunes music charts!

What started out as shock from some who mocked the old woman for boldly singing the song over an amapiano beat  soon turned into nothing but praise for the gogo.

Accepting her newfound fame and taking the time to thank tweeps who have catapulted her to star status and made her song land on the music charts in the number one spot, Gee Six Five spoke to Trending SA about the inspiration behind her music.

She said she composed the song to send a message to the masses to say people ought to do better by other people because they are all a part of one another.

The viral star revealed she recently received her Masters and is working towards her PhD, and that music is  a side gig for her. She also made it clear this was a once off thing for her and that while she was enjoying the limelight, this will be the only song Mzansi will get from her.

The 65-year-old has the most downloaded song in SA right now.

Listen to her interview below. Shoot straight to the 3:45 time stamp.

Meanwhile, on Twitter, one thing  tweeps know for sure is that gogo is a star!

Eintlik, if Twitter has anything to say about it, Obani Lababantu is the song of the year!

Here are some reactions to the viral gogo and her hit song.

My favorite artist currently, Gee Six Five 🔥🔥🔥 i love sing along songs #GeeSixFive i see this being song of the year 🙆🏾‍♀️🙆🏾‍♀️ pic.twitter.com/gfb50SKZT3

My gf is fed up with me and Gee Six Five 😭😭😭 does she know I’m going to play this in the car when we drive to the mall later today?🤔🤣 #geesixfive pic.twitter.com/goEqntcePw

Master KG continues to bask in the glory of his hit single 'Jerusalema', with the song still making massive waves overseas.
TshisaLIVE
8 months ago

Tweeps said the original video was authentic and that's why it was a vibe ... not what's going on now!
TshisaLIVE
9 months ago

What are the odds...
TshisaLIVE
8 months ago