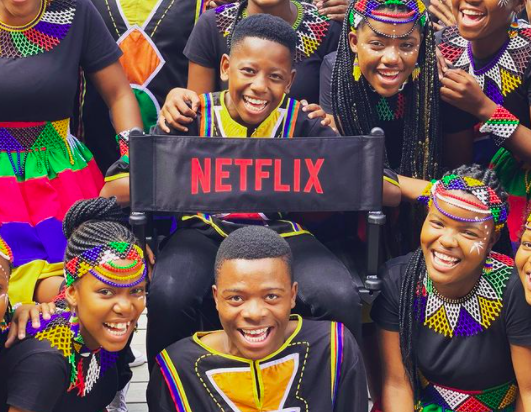 Netflix and the Ndlovu Youth Choir have teamed up for a festive song titled Square Root of Possible from the streaming service's holiday film Jingle Jangle: A Christmas Adventure.

The song is from an American style theatrical piece and was transformed to add an “African feel”.

Choir director Ralf Schmitt said recording a song for Netflix was unbelievable, saying he felt unsure about it because “everything with Netflix was very secretive”.

He said things started to get “clear” when he heard the song for the first time.

“It was a very exciting and wonderful opportunity for the choir,” said Schmitt.

“It’s a beautiful song but so rooted in the musical theatre genre that it was always going to be a very big challenge to try to Africanise it and bring in a nice authentic South African feel to it.’’

Schmitt said the message of the song couldn’t be more perfect.

“If there is one child lying in their bed, listening to the music and thinking ’wow’, I can do something with my life’. Our music helps people be the best version of themselves. It gives them hope, and that’s what it's about,” he said.

According to the choir's lead singer, Nonhlanhla Somo, the biggest challenge while recording the song was staying true to it.

“We really wanted to do it justice and so we practised for hours on end to ensure that we brought it to life in a way that stayed true to the song while also encapsulating our African flare.”

Listen to the full song below:

The Ndlovu Youth Choir has taken on the 'Jerusalema' dance challenge with their own rendition of the global hit track.
TshisaLIVE
1 year ago

The song, titled 'The Flame', is aimed at celebrating the human spirit and bringing about unity during a difficult 2020.
Sport
1 year ago

The Rustenburg High School choir has gone viral with its cover of Coldplay's hit 'Fix You'.
News
1 year ago