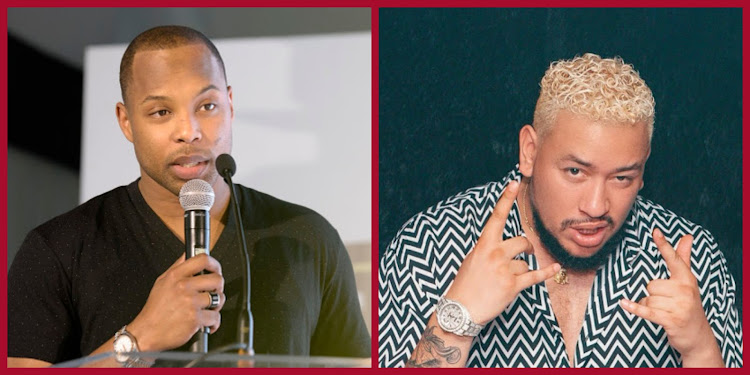 Rapper AKA has revealed that DJ Warras was the peacemaker behind he and media personality Sizwe Dhlomo burying their infamous beef.

Their weeklong spicy exchange was sparked by comments Sizwe made on Twitter when he alluded that AKA was “a talented artist but not a good businessman”. This is after AKA had a public meltdown over his deal with Reebok that has since turned sour.

Though the two appear to have “buried” their beef and seem friendly on the socials, AKA lifted the lid as to what really happened between the two in an interview on SlikourOnLife.

Speaking to Slikour, AKA explained that he and Sizwe got their kumbaya moment thanks to Warras' intervention.

AKA explained that him poking fun at Sizwe's bootleg jeans was pretty funny until he realised he went too far with his comments.

To show how much these two have really moved on from their beef, Sizwe gave AKA props after he announced on Wednesday that he was co-owner of a restaurant called Cuba BLK based in Durban.

While he once said AKA was “not a good businessman”, Sizwe's tweet seemed to sway away from that narrative, after he reflected back to earlier this year when the Supa Mega told him of his now-new business venture.

I still remember when you told me about this earlier on in the year. Well done! https://t.co/lqRh75k6KH

Cassper snubs AKA’s boss moves, thinks he's 'looking for all the reasons not to fight'

All Cassper wants to do is get in the boxing ring and he thinks AKA now wants the opposite and is using the "boss moves" as an evasive tactic.
TshisaLIVE
1 year ago

AKA: People are going to do the exact same thing they did to me to Kairo

"My daughter will grow up knowing these people are not your friends."
TshisaLIVE
1 year ago

"Chief ... it’s bad as is without being able to do any shows. I also have a family to feed you understand.'
TshisaLIVE
2 years ago